Why Singapore Ought to Consider Becoming a British Protectorate

As crazy as this proposal might sound, but it is not as insane as another idea being widely contemplated by many Singaporeans- The idea that the opposition can actually win a GRC. So, since we are already considering crazy ideas, why not look at another one? I promise you that it will be both interesting and worth your time.

But first, to remove some of the standard silly “anti-colonial” objections.

1. Having a Foreign Power rule over Us Means that they put their own interest first over our interest

Oh? Really? Look at Myanmar and Zimbabwe and many other African nations. Are their “own” Junta and their “own” Mugabe putting the interest of their nations first? Or are they acting to protect their own power and interests, to the destruction and oppression of their “own” people?

This objection is just a piece of nationalistic and anti-colonial rhetoric. It operates on the ideological assumption of “us” and “them”, and it propagates the lie that somehow “us” is holier, better, more virtuous, and altruistically works for “our” good, than “them”, who are profane, evil, vicious, self-serving, etc. But the hard truth is there are no exceptions to the corruption of Origin Sin. “Us” are as liable to oppression, evil, corruption, selfishness, as are the “them” of colonial rulers.

What we want are virtuous rulers, rulers who rule with justice and integrity whatever their race or nationality, “us” or “them” rulers have absolutely nothing to do with the proper qualities for rulership.

As such, for dealing with all future anti-colonial rhetoric, I propose the Alternatives Test. I don’t deny that there is much that is flawed and wrong about the British rule, but the essential question is, “What’s the alternative?” Is the alternative to British rule a Mugabe or Junta? If so, then, bring back the colonial masters PLEASE!

In fact, this is precisely what the Zambians are saying with regards to their new Chinese “colonial masters”, in the words of their then opposition leader:

We want the Chinese to leave and the old colonial rulers to return. They exploited our natural resources too, but at least they took good care of us. They built schools, taught us their language and brought us the British civilisation. At least Western capitalism has a human face; the Chinese are only out to exploit us.

2. Having Foreigners Rule over us will make us feel alienated from our Government as opposed to Democratically Elected Rulers

And I am suppose to somehow identify with our present government who effectively has a one party dominance over the whole of Singapore and whom I shall probably never vote for in my entire life because they keep walking over most of the GRCs?

And even if I do get to vote in a democratic election, what’s that to me? Why should I identify with a government who rules over us by virtue of their ability to employ rhetoric, spin the press, manipulate social and political interest groups and sway 51% of the voters? As a monarchist puts it brilliantly,

I am always baffled by the claim that republicanism gives ordinary people like me “a say in who should represent our nation.” I never voted for George W. Bush, yet he is my head of state. I have no intention of voting for either John McCain or Barack Obama, since as an antiwar right-winger I find the policies of both repugnant, yet one of them will be my head of state whether I like it or not, every bit as much as the Queen is Kris’s head of state whether he likes it or not. Why should the fact that other people do support these men be any comfort to those of us who do not? What kind of “choice” is this? I would much rather have a head of state who no one chose, like Queen Elizabeth, than a head of state chosen and supported by others but not by me. Which is more truly fair? Which is more truly representative? An elected president is inevitably more representative of those who voted for him than of those who did not. It is precisely because the Queen represents no one faction…that she is more representative of the whole country than a president could possibly be.

As Jacques Monet puts it,

And in choosing to leave the selection of their head of state to this most common denominator in the world – the accident of birth – Canadians implicitly proclaim their faith in human equality; their hope for the triumph of nature over political manoeuvre, over financial and social interest; for the victory of the human person.

Now this is a real democracy and true equality.

3. The British Failed to Protect us during the WWII

Ah, this is the most popular rhetoric taught to all Singaporeans. But it also presents an excellent opportunity for me to apply my Alternatives Test.

So, if the British were not around to protect us from the Japanese, what’s the alternative? Us against the Japanese?! I challenge any male Singaporean who has gone through NS, to ask if they truly believe that our military is capable of stopping a power such as the Japanese, with their advanced technology, their almost insane patriotic zeal, and their tactical brilliance.

The fact is that the if there is a power which the British cannot protect us from, then it is HIGHLY unlikely that we would succeed as well. But, the average case is that we just need Britain to protect us from our standard neighbours *hint hint*, and there is not a shred of doubt that this they will be able to perform most admirably. As in the case of the Falkland Islands, a British protectorate in South America who was invaded by the Argentinians during 1982, we got this, So, against our more, erm, petty foes, the military might of the British would do most adequately. (And for all guys, we get to abolish NS!)

The overseas territories of the British have three different classifications:

Colonies were those areas directly ruled by a governor on behalf of the British government and representing the Crown. The governor was responsible to the Colonial Office in London, although he usually had wide powers of discretion. These were the most common form of imperial control. (E.g. Pre-1997 Hong Kong)

Protectorates were territories where the local rulers could continue ruling domestically but they had ceded the foreign and defence aspects of their government to the British. In return, the British respected and were prepared to defend the ruler from foreign or internal threats. (E.g. Falklands)

Dominions were those colonies that were granted significant freedom to rule themselves. The settler colonies were afforded this freedom. Dominions were fully independent countries after the 1931 Statute of Westminster, although their Head of State continued to be the British sovereign. (E.g. Australia. New Zealand and Canada)

So, I am proposing that we become a British Protectorate, where our local parliament and cabinet will still run the domestic affairs of Singapore, but we cede our foreign and defense duties to the British.

A Proposal for the Role of the British Monarchy in Singapore

I wish to propose that the British monarch shall have independent control over our judiciary, and the Sovereign’s official role over Singapore will be as Guardian of our Constitution and Laws. After all, when Queen Elizabeth II was crowned, her coronation oath included the following,

Archbishop: Will you solemnly promise and swear to govern the Peoples of the United Kingdom of Great Britain and Northern Ireland, Canada, Australia, New Zealand, …and of your Possessions and other Territories to any of them belonging or pertaining, according to their respective laws and customs?

Queen: I solemnly promise so to do.

Philosophically speaking, the Monarch is the incarnation of the Reason behind our Laws and History. As Winston Churchill puts it,

Above the ebb and flow of party strife, the rise and fall of ministries, and individuals, the changes of public opinion or public fortune, the British Monarchy presides, ancient, calm and supreme within its function, over all the treasures that have been saved from the past and all the glories we write in the annals of our country.

As such, the judiciary must be above and beyond party political interests that they might properly enforce and protect our laws and constitution. In practical terms, this is what I propose. 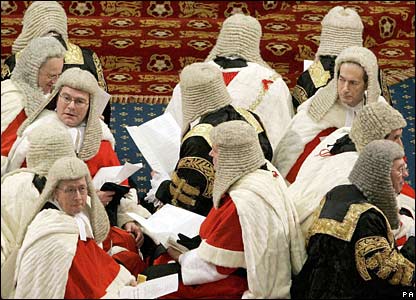 A body of six or eight judges known as the Law Lords will replace our Supreme Court as the highest court of appeal. They will consist of Singaporeans, but they will be appointed solely by the Sovereign in Britain from amongst the lower judges, and they are answerable only to the Sovereign. This will ensure the independence of the judiciary from party political interests. 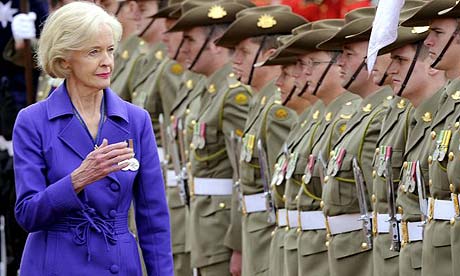 From amongst the permanent secretaries of the civil service, the Sovereign will appoint a Governor-General, who will represent the Sovereign in Singapore. The GG will handle all the ceremonial and administrative functions of the British relations to Singapore, including the foreign affairs and the military. The GG’s office will run for four years which will then be subjected to a review by the Sovereign, renewable twice, as it may please the Sovereign, which otherwise the Sovereign will simply dismiss the incumbent and appoint another.

The Law Lords and the GG together will review all the laws passed by parliament, and they have the power to conditionally veto any law which they deem to be “unconstitutional”, by a simple majority of voting by the Law Lords and GG, with each Law Lord having one vote and the GG having two. The law will then return back to parliament, which, if it passes with a 3/4 majority, will automatically become law. Anything less and it will be vetoed. However the Law Lords and the GG will have absolute veto powers over any proposed constitutional amendment by Parliament.

The Governor General will have one additional responsibility. Though the GG may not interfere in the functioning of Parliament or the Cabinet, however, he has the power to hold them to account by being able to set up Royal Commissions. The GG can set up a Royal Commission to study any ministry, policy or project of the government and retrieve any information from them which the GG believes to be in the interest of Singaporeans to know. (A power which our current President is suppose to have when the last President requested the financial accounts of our government) If the government fails to comply, the GG can take them to court to force them to hand over the required information. Any official commission will then have the results published in the press for the information of the citizens. Thus, the GG will keep the government accountable to the people. The GG can also receive any petition directly from citizens to invoke a Royal Commission.

Ah well, I know its nuts. But one can dream can’t one? hahaha… and to leave you with a final image, here’s the youtube for Queen Elizabeth II coronation. Admit it, you know its cool to be a British subject and to be part of a monarchy.

Marriage Philosophy of Marriage Sexuality Singapore The Civics of Marriage

An Analysis of Miak Siew’s Reply

Why We Should Treat 6th February as our National Day

As a Christian, I am Offended for Singaporean Buddhists