Will the Damned Simply Remain Dead? Annihilationism and the Worthlessness of some Lives 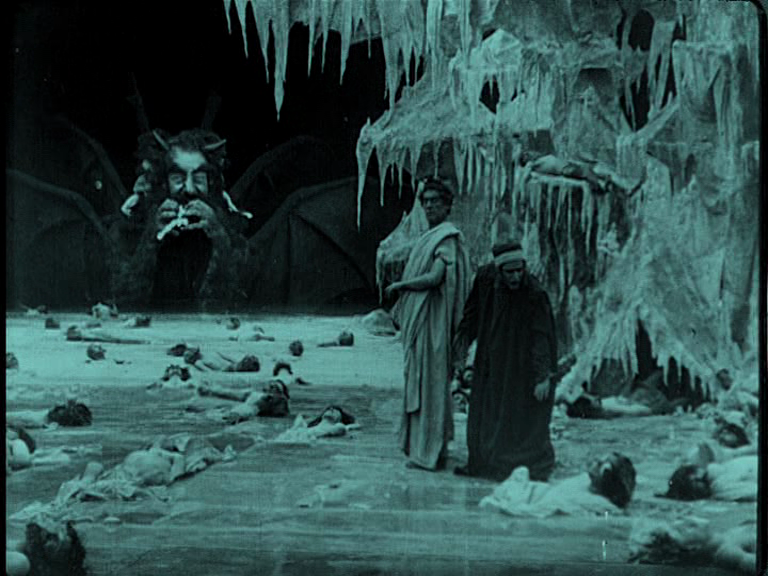 Our Lady visits hell, and the Archangel Michael leads her through the torments. She sees the sinners and their punishment. There she sees among others one noteworthy set of sinners in a burning lake; some of them sink to the bottom of the lake so that they can’t swim out, and ‘these God forgets’ — an expression of extraordinary depth and force.

The Son of Man goes as it is written of him, but woe to that man by whom the Son of Man is betrayed! It would have been better for that man if he had not been born.

The “Inherent” Worth of Life?

Contrary to the common mantra about how life possesses an inherent value or worth, Christ and the Scriptures are quite clear that not all life is equally worthy and that some lives are so worthless that it would have been better for them to not have been at all. Naturally how a Christian evaluates the worth of life is different from that of how the world does, and for the Christian holiness and conformity to the will of God is how we partake of the Life Eternal.

Thus contrary to the scholastics who identified being with goodness, there is actually no inherent convergence between existence and goodness. It is clear from the Scriptural testimony that some existent beings and even human life are so worthless and corrupted by sin that “it would have been better for that man if he had no been born”, in sort, if they did not exist at all. Existence or being therefore is not its own good or value.

Could not this principle, that some human lives are so worthless that it would be better for them to be completely obliterated from existence itself, not be applied to how damnation works? The argument can be framed in a very simple deductive manner. Some lives have been so corrupted and twisted by sin that it better off for them to have never existed. Therefore at the Judgement is revealed those lives which have so deviated from the will of God that God simply gives them what is due and fitting for their sinful state, to be reduced to nothingness and to cease to exist.

It is curious to note that many respectable conservative Evangelical theologians, including the great John Scott himself, who have expoused this view along with F.F. Bruce who has conceded that it is a possible reading. Even the British Evangelical Alliance has recently concluded that annihilationism or “conditional immortality” was compatible with their basis of faith

Andy Saville in his essay Hell without Sin notes that one of the central concerns about traditional doctrine of conscious everlasting damnation is that it postulates an fundamental ontological duality in the cosmos. Sin, wickedness and evil continues into eternity side by side with the blessed and paradise. Evil has become an as fundamental an aspect of reality as good, there is no final victory of God over the entire cosmos, God does not fill all in all. There still exists a colony of rebellious sinners in hell perpetually defying the will of God in an almost Byronic heroic manner; think Milton’s Satan in Paradise Lost, the archetype romantic individual exerting his individual will in courageous defiance against the overwhelming power of God for his fellow rebels. To frame this in a slightly medieval context, I once discussed Duns Scotus’s view that there cannot possibly be an “infinitely grievous sin” because that would postulate a summum malum or “chief evil” corresponding to the summum bonum or chief good which all creatures moves towards, i.e. God. This would essentially to be a form of Manichaean dualism where both good and evil are equally infinite and equally “real”. There is only one direction for creatures to move towards, God, those which cease to move towards the chief good simply… stop moving. They don’t continue to “live for” evil. There is no summum malum for the damned to move towards.

From here we can get a sense of how annihilationism attempts to do justice to these concerns. First, all activity, events, movement and life is life lived essentially for God and towards God. The moment a life is judged to be incapable of moving towards God, God does not therefore send that life to move towards some summum malum or supreme evil end to sin forever in rebellion against God, God simply stops moving and animating that life. Thus, that life simply “ceases to exist”, it is incapable of any activity, any life, it remains dead- forever. This is a literal “eternal death” which the damned are punished with. God no longer supplies them with any energy or life for them to live or move or do anything. They simply remain dead. While the blessed who have received the Word of the Gospel and the life of Christ in communion with the eternal life continue to live, move and have their being in God and continue their eternal journey into the infinite blessed mystery of God.

The consideration of what constitutes the literal meaning of “death” I think points to what I believe to be the clinching argument with regards Annihilationism: the meaning and definition of being condemned to death has been spelt out by God himself.

When God says to Adam and Eve that if they eat of the fruit of the knowledge of good and evil they shall “die”, God himself gave a definition of what constitutes this death:

By the sweat of your face you shall eat bread until you return to the ground, for out of it you were taken; you are dust, and to dust you shall return.

Thus the end state is dust to dust, to return to their precreated state without life or motion, not live forever in torment. It does not matter whether in the Old Testament people have souls which can survive their bodily death, etc. The argument has nothing to do with the metaphysics of personal identity or mind-body composition on but on the meaning of death and what constitutes it. The point is that the end point or final effect of that death is the return to dust or the precreated state out of the ground. Unless one believes that our souls preexisted our bodies, like some platonic story of preexistent souls becoming entrapped in bodies at birth, then to return to the precreated state just is to return to dust without life or motion, not to return to our preexistent spiritual form.

So even if after our bodily death we float around the earth like disembodied ghosts, the fact of the matter is that after the Last Judgment when the sentence or “wages of sin” is pronounced, death will be the final effect and that effect consists of being returned to their precreated state without life or motion, notwithstanding any prior disembodied manner of existence. The arguments as such is not metaphysical but tracking on the Bible’s own account of the events of man’s creation from the dust and return to that very dust.]

It is interesting to note the two very different depictions of hell from the two great Western epics, Milton’s Paradise Lost and Dante’s Inferno. In Milton, hell is a very hot place teeming life, activity, beauty:  Satan and his army of rebels are filled with zest and energy in hatching their nefarious plots against the divine will, one of the devils even builds  gem-crusted palaces from their lava and volcanic environment. But Dante’s Inferno cannot be any more different. The deeper Dante journeys into hell the colder it gets. The idea is that warmth, heat, energy, activity and life radiates from God, the further away one is from God, the less and less life and activity there is, until at the very heart of hell, hell literally positively freezes over, it is absolute zero at the heart of hell. Satan dwells at the centre, not vigorously plotting against God as in Milton’s hell, but chained and completely immobilised.

What annihilationism is therefore suggesting is that Dante is correct while Milton is wrong. Since I do not believe in inherently immortal souls, I do not quite require a literal “annihilation” of an immortal soul. I simply postulate that God returns the damned back to their state of death and lifelessness. Therefore at the General Resurrection, both the wicked and the good will rise from their graves and stand before God in Judgement. The blessed upon vindication will enter into the Kingdom and life of God for all eternity. For the damned as the Final Condemnation is pronounced against them, God will take back his life giving spirit. And as they watch the blessed enter into the joy of God, they will see what they have lost in their disobedience and sin… until at last the gloom of darkness will overwhelm them, and they will be returned back to the lifeless dust from whence they came. They would cease to live, to exist.

Therefore hell would not be a place brimming with activity or life. It would be a place littered with the lifeless corpses of God’s enemies, forgotten by both God and man, where the worms die not and forever feast upon their rotting bodies, never to move and feel and live again. Hell would be an utterly dark, cold, still and lifeless place. This is one of the main problems which I have for Saville’s account where the damned continue to be lucid and conscious even in hell although they may cease to sin and even praise God’s justice although not love him. It assumes that there are still life and activity in damnation.

Anyway to end off with a biblical passage:

“For as the new heavens and the new earth
that I make
shall remain before me, says the Lord,
so shall your offspring and your name remain.
From new moon to new moon,
and from Sabbath to Sabbath,
all flesh shall come to worship before me,
declares the Lord.

“And they shall go out and look on the dead bodies of the men who have rebelled against me. For their worm shall not die, their fire shall not be quenched, and they shall be an abhorrence to all flesh.”

One thought on “Will the Damned Simply Remain Dead? Annihilationism and the Worthlessness of some Lives”