The Suppression of Marxist Catholics in Singapore and Christian Civics 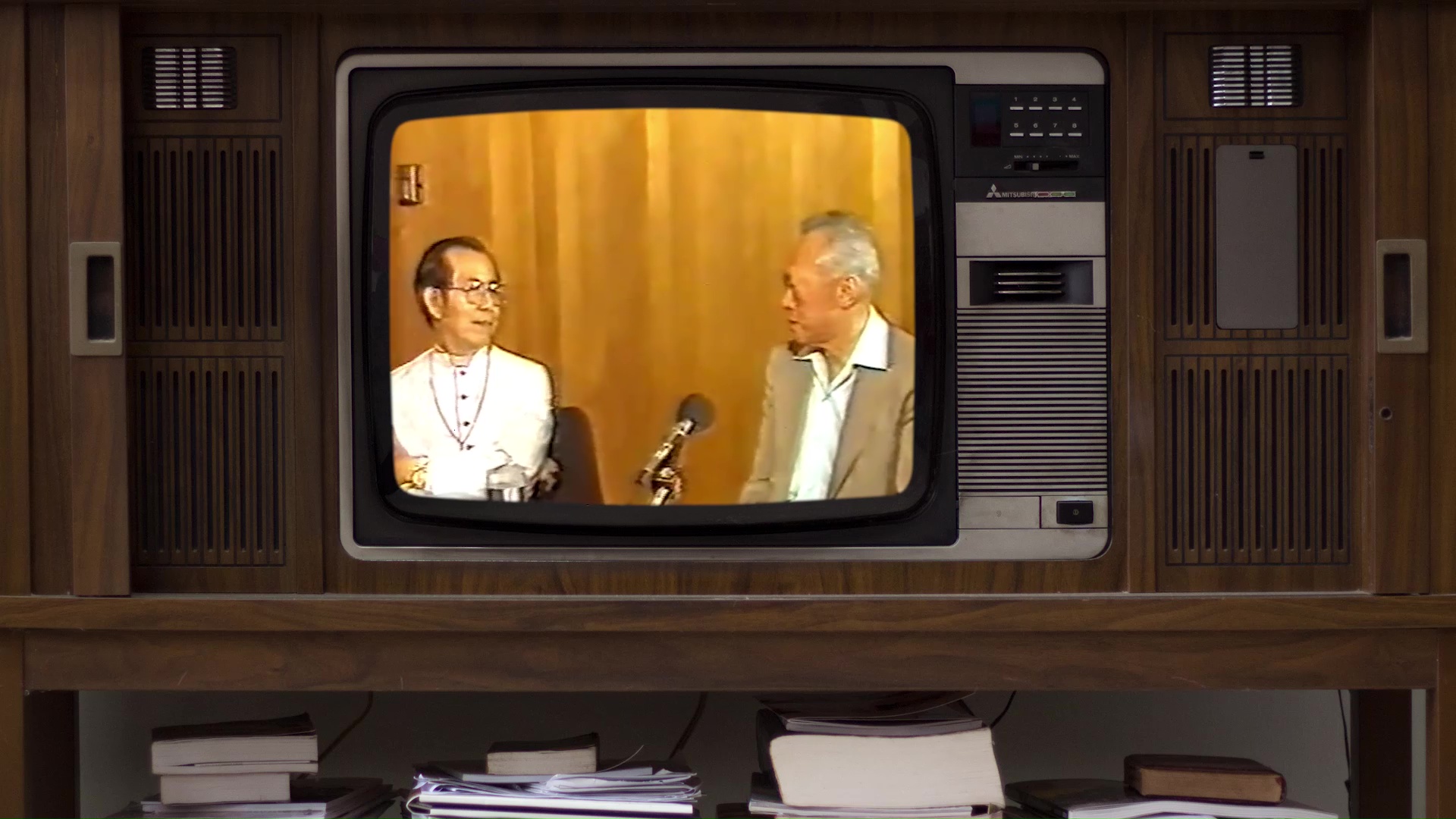 In 1987 the Singapore government conducted “Operation Spectrum”, a covet security operation aimed at the suppression of a “Marxist Conspiracy” in Singapore. People were arrested and detained under the Internal Security Act which gave the government the power to detain anyone deemed a threat to the internal security of the nation without trial indefinitely.

Among those detained were a couple of Roman lay church workers, the main figure being Vincent Cheng, who were accused of using the Roman Church in Singapore as a cover for this “Marxist plot”. Initially the Roman Archbishop Gregory Yong and his priests wrote in support of their faithful which has been detained and published a pastoral letter which was read in all churches. A special Mass was even said for the detainees and their families. However our then Prime Minister, Lee Kuan Yew, met with the Archbishop and eventually the Archbishop backed down from his confrontation with the government. (An apocryphal story alleged that LKY told the Archbishop to “settle your own house or I will do it for you.” One can only imagine the agonies of soul searching and conflicts of conscience as the Archbishop wrestled between defending what he calls the Roman church’s “mission of spreading its teachings on matters pertaining to justice as they apply to social, economic and political issues” and the continued survival of the Roman Church in Singapore.)

On Civil and Ecclesiastical Jurisdiction

I think this episode would be a very good test case to explicate the civic principles of Christian theology and the subtle dialectic between the Two Kingdoms as well as the relationship between the visible Church and State.

To suggest otherwise would to return to the intolerable situation of Late Medieval Christendom where the Church and the Pope pretends to have an exemption for their clerics from the common civic authority and laws of the commonwealth, demanding that their clerics guilty of civil crimes not be subject to civil jurisdiction but only to ecclesiastical courts responsible to Rome. The Protestant Reformers, as well as Proto-Protestants like Wycliffe, has insisted again and again that as far as the civic being of the Church are concerned, they are subject squarely to civil authority and cannot pretend to exempt themselves from such under the pretensions of being subject to a parallel visible theocracy in competition to the civil authorities answerable to the Pope alone.

That being said however, we do acknowledge that the civil authorities powers are not unlimited, having access only to coercion and physical force which can affect only the regulation of external bodily civil aspect of the commonwealth, having no ability to influence efficaciously internal matters of the heart and conscience. The question therefore becomes whether or not “liberation theology” as such belongs to the contents of the Gospel by which we are authorised directly by Christ himself, over the all powers in heaven and on earth, to preach whatever the consequences or raging of the civil powers.

The Magisterial Protestant opinion on this matter has been succinctly summed up by Philip Melanchthon in his Apology concerning the Political Order:

Neither does the Gospel bring new laws concerning the civil state, but commands that we obey present laws, whether they have been framed by heathen or by others, and that in this obedience we should exercise love. For Carlstadt was insane in imposing upon us the judicial laws of Moses.

Thus, the Gospel does not contain a blueprint for the reorganisation of society nor does it contain any policy or principles for the rule of the commonwealth. Rather, the Gospel merely confirms the principles and laws already known to all mankind, heathen or Christian, given by the natural lights of reason implanted by God in all humanity and commands us to obey laws framed by this light, whether it comes from Christians or pagans.

Thus, there cannot be such a thing as a “liberation theology”.

Having therefore clarified this point however, Christian theology does not comment upon Marxism or Communism itself as a system of thought for the just organisation of economic relations. Those are questions of prudence, pragmatics and reason of which Christian theology has nothing to say directly.

What should the Church’s response be in his issue? Clearly we cannot plead freedom of speech. Speech inciting Jihadist ideologies or the subversion of the civic peace and order of the commonwealth cannot be tolerated. I guess what I would have done in this case is to offer the following compromise, firmly grounded on sound reason consistent with the principles of Christian civic theology.

The Bethel Confession of 1933, written by German Lutherans in response to the encroachment of the Nazis over the Church, lays out the principles of a Protestant civic theology. The Lutherans confess and accept that God has directly instituted in the world certain civic orders such as government, nations, marriage, family, work, economy, property, etc. These orders exist “directly” from God and are not derivative from any other orders. (This is clause contradicts the idea of a “Total State” where either the nation or government exhaustively defines and orders the meaning of all the other orders.) However, the German Lutherans insisted that the government alone wields the sword to reconcile the conflicts and tensions which may arise between the various orders.

Therefore the Archbishop could have pleaded, not for “freedom of speech” but for leniency, while assuring the government of the Church’s unwavering subjection to the right jurisdiction of the state by getting their faithful to make a public declaration and commitment to the principles of civic theology with respect to the monopoly of the government over violence and that they alone wield the sword to reconcile the tensions between the various orders. And also per George Berkeley’s “Passive Obedience”, these same people would agree to loyally submit to the state in this sense:

…I shall take for granted — that there is in every civil community, somewhere or other, placed a supreme power of making laws, and enforcing the observation of them. The fulfilling of those laws, either by a punctual performance of what is enjoined in them, or, if that be inconsistent with reason or conscience, by a patient submission to whatever penalties the supreme power hath annexed to the neglect or transgression of them is termed loyalty…

Thus, they would by no means seek to subvert or overturned the established supreme power but instead, obey their laws when compatible with good conscience and patiently suffering its penalties when it is not so.

Conclusion: The Aftermath of Operation Spectrum and the Death of Liberation Theology

I do not know whether LKY would have relented even with these gestures. I would like to think that he would. But then again, these principles are based more on Protestant principles rather than Roman principles where the Roman Church technically still claims a jurisdiction even over civil matters and the right to instruct the civil rulers on civil policies. How Archbishop Gregory Yong reconciled his buckling under LKY’s pressure with his Roman principles, I do not know, but the aftermath of the Archbishop’s backing down is effectively the death of liberation theology in Singapore.

Eventually Singapore Christianity turned to the American Prosperity charismatic/Pentecostal form of Gospel, the inevitable fate it seems of every third world country where liberation theology has failed. The Roman Church here would never recover its independence from the state as can be seen in a recent episode where the Archbishop signed his support to repeal the ISA, only to back down once more after closed door meetings with the government.

Only Heaven can judge whether our local Roman Archbishops here made the right decision to sacrifice the independence of the Roman Church on civil matters for their continued survival.