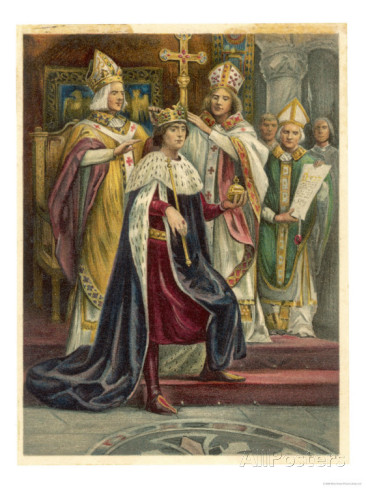 Not many of you should become teachers, my brothers, for you know that we who teach will be judged with greater strictness.

The Living God versus a Platonic God

When people discuss the question of a locality being a “Christian nation” or “Christian civilisation”, it is more often than not from some historical, cultural or political perspective. That is, from a purely human and this-worldly point of view with this-worldly meaning and ends. But very few people actually discuss this from the perspective of divine revelation with regards to the will of God.

What is the will of God regarding national claims to public Christianity? Is Christ pleased with such claims? The trouble is that the discussion rapidly devolves into idealistic terms of some this-worldly project of the union of Christianity with culture or nation or whatever. God becomes some eternalised static platonic form to be fitted neatly into some philosophical system or political plan instead of a living God who acts within history with his own will and mind and who will not be a pawn in the plans of man.

Taking the Name of the Lord in Vain

Nations who claim the mantel of Christ and to be the teachers of other nations in the ways of the Lord will be judged with greater strictness. The Lord will not suffer his name to be blasphemed among the pagans, Christian rulers and commonwealths must use the name with fear and trembling and watch themselves with greater vigilance lest ill repute falls upon the Christian Gospel on account of the unrighteousness of those who invoke his name.

More pleased is the Lord with the pagan nation whose peoples and rulers practice civic righteousness and create the temporal conditions for the practice of the commandments and the proclamation of the Gospel than the “Christian” nation who believes that the superstitious invocation of Christ’s name or fanciful public rituals pretending to honour Christ are more important than the actual practice of civic righteousness. You who claim to be a Christian nation, do you feed the poor and house the homeless? Do you enforce civic discipline, curb violence and promote peace? In vain are grand public displays of Christian pieties by politicians or rulers when the peoples starve for lack of bread upon the street. God will not be mocked. Presumptuous are the rulers or peoples who use the name of Christ like some talisman to protect the nation or commonwealth from the wrath of God, like a charm which can trick God into sparing the nation from his judgement. God will not be deceived, far from protecting such a nation, the name will only provoke a greater risk of divine vengeance and annihilation.

Conclusion: The West as an Example of Divine Condemnation

The name of Christ is to be used for the proclamation of the Gospel, the renewal of soul and the directing of mankind unto the resurrection future. It is not to be used for any other temporal or worldly projects. Civic adoption of Christianity is only of value provided it facilitates the communication of the Gospel. But it will not cloak or spare civic unrighteousness. Should the name of Christ be defiled through the unrighteousness of the nation so glibly invoking the name, God will raze that commonwealth utterly to the ground to safeguard the sanctity of his name.

If Samuel Johnson is right when he said “Quos Deus vult perdere, prius dementat” (“Those whom God seeks to destroy, first he drives mad”), then we need only look to Europe, the most imposing ruin of Christendom, as a sobering example of this. All the long history of the invocation of Christ’s name, public rituals or Christian pieties has not prevented God from exacting his vengeance upon that continent. When a locality no longer serves the Gospel, there is little reason for God to prop up the place.

Other nations and peoples should take heed of this providential lesson and weigh very carefully the merits and risks of trying to use Christianity as part of some civilisational or political project. Eventually the Kingdom of God is properly spiritual, it resides in the hearts of man, it does not have institutional or political embodiment. Civic rulers and peoples who are Christians ought instead to tend to the tasks their given by providence and neither presume to use Christianity for some platonic vision nor impiously believe that God needs institutional means for the propagation of the Gospel.

For what does the Lord require? Not the sacrifices of civic rituals or institutional confession invented by the vanities of man, but mercy and righteousness, the living peaceably among man, the feeding of the hungry and the clothing of the poor, these are the things which God requires from the civic realm and will not suffer his name to be used in substitute thereof.