Neo-Liberals Suddenly Discover Stigma and Manners; On the Old Literati versus the New Literati 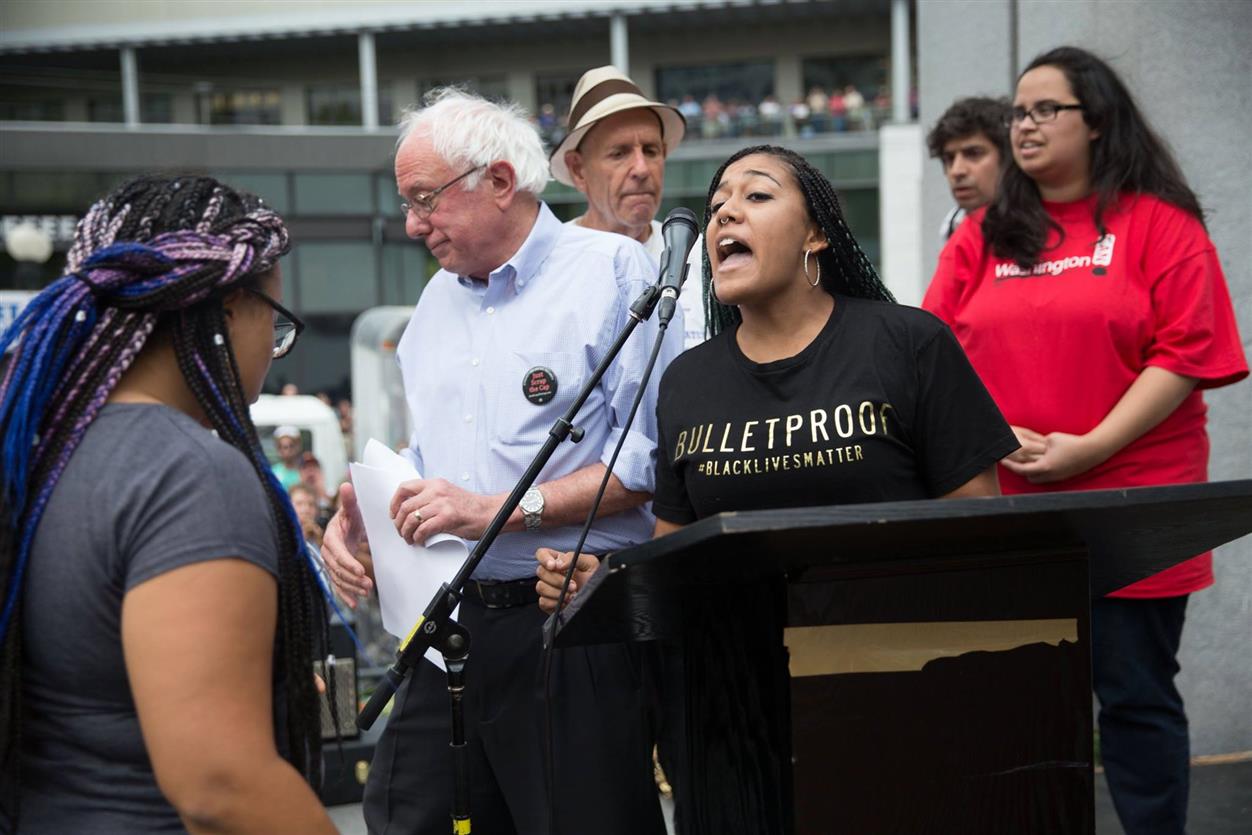 What are our priorities? First, the welfare, the survival of the people, then, the democratic norms and processes, which from time to time we have to suspend!

The New Literati and the Old Literati

I think my attitude towards the consultant and expert class is parallel to that of the “old money” to the “new money”, upstarts who ruin our class by their bad manners and engage in all kinds of posturing just because they have acquired some new money, or in this present case, a degree scroll.

The “old literati” was not merely about learning and intelligence, there was an entire constellation of conventions and manners which accompanied our possession of superior knowledge, conventions which reminded us that we were not superiors over the rest but merely performers of a different role.

A lot of these conventions can be gleaned from how the common law works and old English books like those written by Enid Blyton. It is bad form to boast about your credentials or accomplishments, you don’t draw attention to your own character, or your opponent’s character, in a debate; focus upon the objective points being made and what is being said. I had a great lecturer who once taught us that we should always present our opponent’s case in its strongest possible form before criticising it. Above all, place the most charitable construction on your opponent’s motives and intentions.

We don’t come to a public forum or debate assuming that our conclusion is self-evident or obvious, it is a thing to be demonstrated, and the burden of proof is always upon the one advancing the proposition or claim to submit the case for the scrutiny of the forum.

The “new literati” on the other hand has no manners and no respect for the conventions which governs our class. While the previous convention was to present your interlocutor’s case in its strongest possible form before criticising it, nowadays people can’t even make the basic effort to actually understand or clarify exactly the argument being made or the premises being employed before they launch their criticisms. As a friend of mine helpfully observed, in the past it was bad form to quote someone out of context and criticise that person on that basis, today people think nothing of not even quoting what a person actually said but instead project their own ideas of what someone “really meant” or “implied” and then criticising those projections instead of engaging the actual texts. They think that just because they possess a degree scroll they get to talk down to people, assume that their conclusions are to be accepted without question, and that whoever disagrees with them are morons, idiots or suffering some other character flaw (e.g. your variety of -ists and -phobes or possessed of ill-intentions). They seem to believe that just because they possess a piece of paper they have a divine right to command the assent of everyone else and whoever disagrees are to be dismissed as fools, uneducated, etc, contra the convention that the burden of proof falls upon the one making the claim.

We do not command assent or the respect of the masses by divine right, that respect must be earned and traditionally that has been earned when we engage others respectfully and charitably. Even if the unlearned classes do not adhere to our conventions, we must maintain our standards and set an example for others. (I realise how incredibly Confucian all these sound but I personally would be inclined towards Xunzi, the heterodox Confucian and proto-Chinese Legalist, in his emphasis on the necessities of convention in the civic order.)

My ideal of the literati would be like the English civil servant (in fact that was always assumed to be the place for the literati). Learned servants exercising discretion and servitude towards our political masters, submitting our proposals before them with an attitude of subjection and humility, not presuming that we’re to be listened to just because we’re cleverer.

The old literati, unlike most other members of the new literati, realise that the literati is not the whole world, their class is but one segment of society. They don’t even presume that their class is necessarily the normative form for everyone else to conform to. If I can debate from the behind the comforts of my screen, it is because there are other people, people who use aggression, both psychological and physical, to deal with those who do not respect the manners and customs of the literati. I normally don’t respond to personal attacks, the literati takes the higher ground when it comes to personal attacks and simply ignores or sniffs in disdain those who resort to vulgarity to make a point.

However, even if I don’t retaliate, I am grateful for other friends who do retaliate on my behalf, who use the aggression they are more used to to defend my name even if I do not believe I need it. I am grateful for it, and I always know that my class can exist only because we are supported by others who do not share our ways and are able to keep order when our way of doing so fails.

It is from this context that I view Trump. Trump irritates the literati at a visceral level because, as has been pointed out before, he’s of the working or mercantile class, regardless of his actual wealth. We are irritated that someone from a lower social class could have such leverage over the masses which we think rightfully belongs to us. It’s like a pastor or priest from another denomination watching someone sheep steal. However this is a conflict as old as civilisation itself, when the middle class educated Pharisee conflicted with the rich and powerful Sadducee, when the clergy and the king fought each other in the medieval age, etc. We denounce Trump as unfit to rule because we think only someone from our class is fit to rule.

The Degeneration of the Literati

However I am not so naive as to believe that my own class is self-sustaining or its right to rule self-evident or self-legitimising. We don’t rule by divine right but only when we do our job. And the sad fact is that the literati and manners of the educated people as a whole has been declining very rapidly since the 60s. As has been pointed out by numerous thinkers including Zizek, the sort of rude, vulgar behaviour which Trump embodies have been consistently and persistently used by the neo-liberal literati since the 60s to effect their institutional take over of the academia. Interrupting lecturers, labelling one’s ideological opponents as all kinds of -ists or -phobes, attacking people’s character to score debate points, ignoring all rules of engagement or civilised disagreement, etc. These have virtually become the norm of the literati behaviour for years, if not decades. They have even openly confessed that discarding respectability is the key to their ideological victories.

Suddenly we have someone outside of the literati class mowing his way through the left with the same sort of flippant disregard for manners, customs and stigma which the literati on the left have been employing for years. There is a sudden ironic panic for the return of public manners and morals, and yes, even a return to a sense of shame, from the mainstream literati when for years they have denounced all those sort of stigmatisation as psychological neuroses we need to be rid of. Now they realise that social order maybe dependent upon these sorts of micro-policing of people’s inner habits after all.

The humbug of the literati, to resort now to stigma, shame and manners, when for years they have been shitting all over it, is simply astounding. Now that they have truly angered the lower social classes with their contempt of those “rednecks”, or ignorant people who cling to their “guns and religion”, fighting back with a vengeance in the figure of Trump, they retreat in fear to their little cardboard houses of manners and politeness which they have been rubbishing for years. The hypocrisy is truly astounding.

You break it, you pay for it.

When you talk down to other people, when you insult them and call them names, don’t be surprise when they retaliate in kind. To call for a return to conventions to prevent such only because now the unlearned classes have an advocate who’s better at the insulting and name-calling game is awfully convenient.

Conclusion: Why I am Generally Supportive or Sympathetic to Trump

I could never behave like Trump, in fact, ordinarily I would not even approve of his behaviour. But we’re living in unusual desperate times when the rules by which our class lives have been eroding for a very long time. The finely tuned system of respectability, mores, manners, etc, which keeps each part of society in harmony with one another, have been disrupted and turned upside down. When a gentlemanly disagreement is no longer possible, when we have been silenced and put down by thuggish tactics, it’s all out war, and we cannot help but be thankful that we have a a symbolic “strong man” who fights fire with fire, who repays the tactics of the cultural left in kind with like insult, aggression, and thick-skinned indifference to manners and politeness.

Occasionally the regeneration of civilisation may lie in the hands of those who has the power to burn down the institutions and systems which have been corrupted to the core, that we might rebuild a new order from the ashes.