Divine Goodness as Platonic Form or Gifts of Goodies? 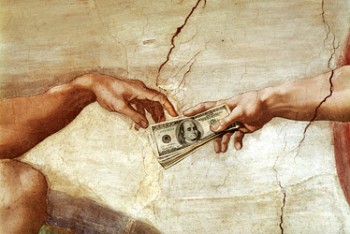 I plan to write a future note on this but I broadly conceive of two concepts of divine goodness which are held amongst believers. One I shall call the “platonic form” conception, the other I shall call, for the lack of a better name, the “goodies” conception.

Many people, especially the more academically inclined the West, tends to have a “platonic form” conception of divine goodness. What is the “platonic form” conception of divine goodness? It is the idea that God’s nature is fixed by a specific form which determines a certain behaviourial pattern. To say that God is good is to say that God will behave in a certain way to the exclusion of other ways. To be sure it doesn’t mean that God can only behave one way (pace Leibniz’s singular best of all possible worlds). God still has considerable freedom to manoeuvre and act. However there are still certain actions or deeds utterly incompatible with the divine nature or character because that nature is still fixed by a certain form.

Thus Euthyphro’s dilemma, is something good because God wills it or does God will what is already good, is settled by saying that goodness just refers to God’s nature which is fixed by a certain form or pattern of behaviour. It has to be fixed by a certain form because, if say, God is by nature malicious, capricious and cruel, and if by definition goodness just refers to God’s nature, then goodness would refer to God’s malice, caprice, and cruelty and those qualities would be “good”.

The other conception, which tends to be believed by less theologically sophisticated people, is what I shall call the “divine goodies” conception or the Hobbesian conception. Thomas Hobbes identifies goodness with simply the fulfilment of desire and evil with the frustration of it.

It does seem radically subjective although it can be tempered by the idea that because of our common human nature what we desire would converge very strongly. Therefore on this conception of goodness to say that God is good is simply to say that God fulfils our desires by giving us nice things, thus the name “divine goodies”. Thus, God can do whatever the heck he likes, as long as he gives us goodies to satisfy our desires.

It can of course be objected that the reason why we would believe that God would fulfill his promises or accomplish his revealed ends and purposes is because he is faithful and faithfulness is a divine attribute or property which we can grasp and which therefore determines God’s behaviour. To this we can reply something along the lines of the fact that we don’t believe that God will fulfill these revealed promises based on some general deduction on the divine nature of faithfulness but it is simply an existential direct grasping of the divine word as spoken by this particularly revealed God itself in faith without any further basis on any other deductively understood attribute of God’s nature. But that would naturally require an extended discussion in itself.

One thought on “Divine Goodness as Platonic Form or Gifts of Goodies?”