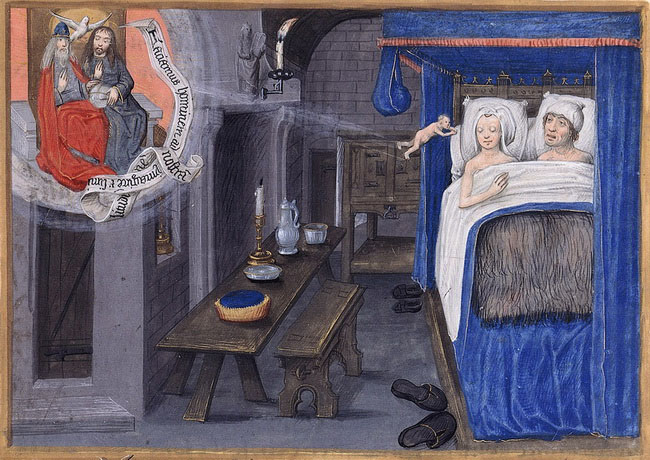 -Monty Python’s The Meaning of Life: Every Sperm is Sacred

Church History and the Question of “Ensoulment”

I’ve rarely discussed the question of abortion, however, a recent article about the historical stance of the church on abortion has piqued my interest and I’ve decided to record some of my musings on this topic here.

Most pro-life positions take a simple deontological approach to the issue. If something is a human life, then it has a right to life and killing it would be wrong. What is interesting about the article however is that it points to a long history of discussion about whether a foetus is in fact a human being, that is, when is a foetus “ensouled”.

Thus even if we can agree with the general moral principle that all killing of innocent human life is prima facie wrong, there exists the factual question of whether something is in fact a human being. Thus the discussion which occurred throughout the history of the Church was when is a foetus ensouled, and thereby a human being. To briefly cite two relevant examples, a 12th century compilation of church law by Gratian, the Father of the Science of Canon Law, states thus:

He is not a murderer who brings about abortion before the soul is in the body.

The Drecretals of Pope Gregory IX in 1234 which formally legislated for the whole of Western Christendom, maintained the Gratian distinction between a formed and unformed foetus, that is, a foetus which is ensouled against that which is not.

A second example can be found in an 8th century penitential ascribed by Albers to Bede:

Thus while the tradition did think that aborting an “unformed” foetus, or a sort of proto-human, was still sort of wrong, but it is clear that the tradition was not uniform in its judgement that a foetus was an unqualified human being for lacking a soul, and thus, as such, is not be a considered a murder if aborted.

But is it Human Life?

The Monty Python satire about every sperm being sacred isn’t as ridiculous as it might sound since Plato himself believed that the semen contains the “soul substance” necessary to generate a human being. However it is clear that today nobody believes that the sperm contains a soul substance. The question then becomes, what does? When is a collection of cells, or a cell, a human life? If neither a sperm nor ovum is a human life, then how about a zygote or embryo?

The problem is that there exists a plurality of philosophical systems whereby one can attempt to create a framework for identifying when a collection of cells becomes a human life. Each however naturally comes with problems of its own. For example the idea of a “potential” to become a human life would naturally turn all sperms and ovums “sacred” or into a human life. If it is replied that by itself a sperm/ovum cannot become a human life, then neither could the individual cells of a two-cell embryo after a zygote undergoes mitosis (the process of cell division) and that it is only the two cells together which can become a human life, just as it is only the sperm and egg together that can become a human life, and, ergo the individual cells by themselves aren’t human life. (See Peter Van Inwagen’s discussion on whether an embryo is an organism in Material Beings. His account is interesting in that he denies that the embryo which emerges from the zygote splitting is the same thing as the zygote but an entirely new entity, or entities, altogether.)

If even the Christian tradition and history were not unanimous on the question of a cell’s “ensoulment” via metaphysical arguments, I doubt we would converge upon a common conclusion today. We would therefore need to look at the issue from a more prudential and pragmatic angle as opposed to attempting to find a metaphysical basis for determining human life.

Suppose we look at the recent Planned Parenthood videos about foetus harvesting. One of the most curious things about the episode is the way in which videos disgusted and disturbed not only to pro-lifers but even non-pro lifers. How did the videos achieve this effect?

I would say that the PP videos appeal more to the level of empathic reasoning rather than civic reasoning, it is more of a gut reaction then one based on any kind of civic policy reasoning or metaphysical deduction. It seems inhuman to us to acknowledge something as a boy or baby and then proceed calmly to dissect it. It is unbecoming to deny that something is a human while extracting its human organs with a Hannibal like coldness accentuated by a live video. These are reasoning about interpersonal relationship about how we should treat each other at a personal individual level rather than arguments about causes and effects about civic policy or metaphysical systems.

From here I would like to propose an empathetic criteria for what constitutes a human being. Basically, it is as simple as, if it looks like a duck, quacks like a duck, etc, it is a duck. Thus, if we can empathetically identify with something as humans, if it sufficiently resembles a human being and visually strikes us as such, then for all purposes of civic morals, it is a human and we should treat it as such.

I realise that this criteria is somewhat subjective and even technologically sensitive. After all it is only with our modern equipments whereby we can look into a uterus to see the foetus. However the maintenance of civic morals is contingent upon our how we treat those whom we intuitively and subjectively react as humans. It is a lot like laws against nakedness and public exposure, etc. It has to do with the maintenance of common empathy, stigma, public manners, etc, shaping how we subjectively treat each other. It also grounds our laws against cruelty against animals. Why we squash an ant without much ado while react with outrage at dog abuse is because a dog’s reaction to such cruelty resembles sufficiently a human’s reactions as opposed to an ant’s reaction.

There is a satirical expression about how a puritan’s outrage about a man beating a pig is more due to the pleasure which the man derives from it rather than the pain which the pig experiences; the arguments presented here is something like that in that laws against abortion should be more due to its effect upon us rather than what it does to the foetus itself. Since I come from the standpoint of metaphysical agnosticism about whether a foetus is “really” a human person, therefore I consider our morals and civic policy about abortion from the standpoint of how its effect on us and how it is to be tweaked to maintain civic morals and empathy.

As such the criteria for which clump of cells is human doesn’t permit of a specific metaphysical or biological criteria or test capable of being legally codified. It is a lot like trying to distinguish between nudity and pornography, it is difficult to spell out exactly where the distinction lies, one can at most say, “I know it when I see it”, to cite the words of the Supreme Court Justice Potter Stewart in a case concerning testing for obscenity.

Conclusion: Some Practical and Legal Considerations

Given the essentially open-ended question of when a lump of cells sufficiently resembles a human being, scientists can at most determine an upper time limit whereby a lump of cell would definitely develop and grow discernible human organs and features, which upper time limit is capable of being codified and legislated. However anything before that, the law may need to simply empower doctors to exercise their own “I know it when I see it” judgement. Also, rape exceptions to abortions seems reasonable because normally a woman would be able to determine pregnancy right after a rape when an embryo obviously has not yet developed human features to constitute a human being.

Perhaps in the end all we can say is, the law was made for man and not man for the law. Considerations of the ethics and civics of abortion should perhaps be oriented more towards its effect upon us humans rather than as being subservient to some barely understood, and even less appreciated, metaphysical premises.

The below video actually gives us an interesting test case of the thesis advanced here. We see here how those who initially supported abortion altered their minds upon seeing a video of its performance. Their empathetic identification kicked in immediately upon seeing the child aborted and they retracted their support. Would they have felt the same way though should they should a literal lump of cells, which doesn’t pass the “quack” test, being aborted? The effect would evidently not be the same.