There is no such thing as a Philosophical Presupposition 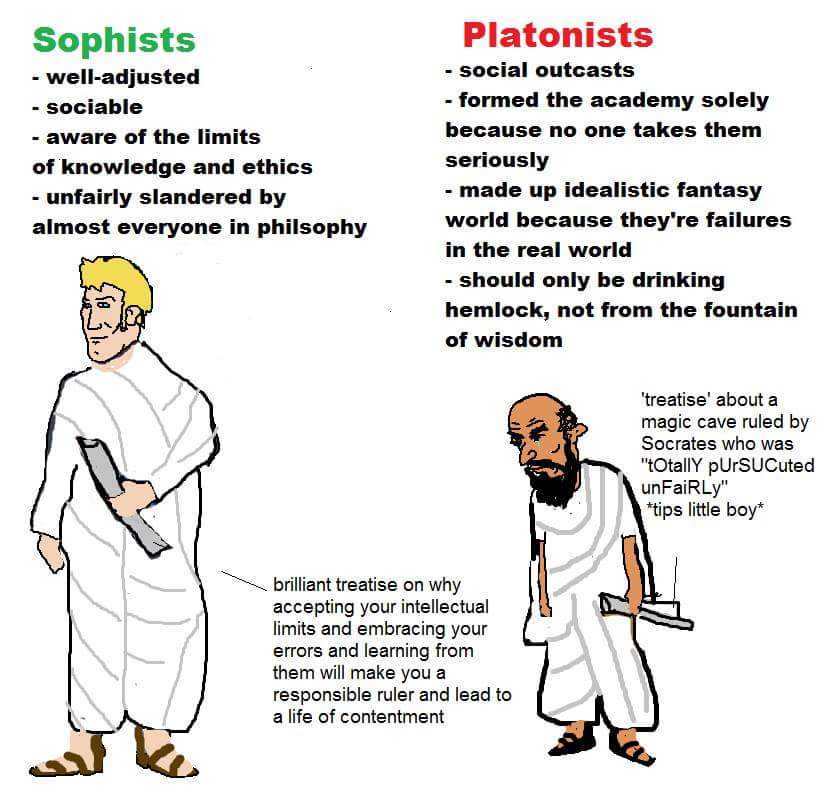 Moreover, what the age… calls “wise” consists of subtle and mysterious words. Such subtle and mysterious words are hard even for the wisest men to understand. Now, of you set up laws for the masses in such terms as are hard for the wisest men to understand, then the people will find no way to comprehend them. Just as men who find not even coarse rice to fill them would not think of wine and meat, and just as those who have not even rags to wear would not think of silk and embroidered garments, in governing the world, if one is not able to settle affairs of the most urgent need, one should pay no attention to things short of great urgency. Now most of the affairs to be administered are ordinary civil cases. Yet not to use standards that ordinary men and women plainly understand, but to long for those theories which even the wisest do not comprehend; that certainly is the negation of government. Therefore subtle and mysterious words are no business of the people.

The idea of “presuppositions” is one which is constantly wielded, not only by Christian apologists, but also generally by a certain class of philosophers and philosophically minded persons who seek to justify their activity by insisting that most of the business of ordinary lives are “grounded upon” or “presupposes” philosophical claims or systems.

As a preliminary we need to be clear as to what exactly is to be demonstrated here. The claim is not that there are no presuppositions but that there are no philosophical presupposition, meaning that most fields of study today do not presuppose propositions or system from the subject matter of philosophy. What I mean more specifically is that the field of mathematics, for example, presuppose mathematical axioms, but it does not presuppose any philosophical premises. However I will need to be clearer as to what I mean by “presuppose”.

The first interpretation is rather simple. It consists of the idea that people are subjectively incapable of accepting the propositions or claims of other fields of study without consciously accepting second order philosophical reflections on those fields.

Once this claim is stated clearly, it’s absurdity becomes self evident. Most people can work with and believe propositions from other fields of study without subjectively holding any philosophical opinions. Most students of mathematics work with mathematical objects before holding any philosophical opinions about the metaphysical nature of mathematical objects, professional mathematicians in general do not trouble themselves with questions from the philosophy of mathematics or metaphysics in order to do mathematical work. Lawyers likewise can practice the law and hold legal opinions while suspending assent to any proposition from jurisprudence. In short most people are able to function normally, work in their own fields, hold to beliefs generated by their fields, whether it is science, mathematics, medicine, engineering, etc, without subjectively holding to any philosophical propositions.

However I believe that all this is obvious enough so I shan’t belabour the point.

What should be clear from this example is that for most other fields of study, propositions of that field logically presuppose claims from within that field. Of course eventually every field will reach its “rock bottom” or axioms. At which point one either simply stop asking questions or attempt to derive that axiom from other propositions or objects from within the field, e.g. deriving the axiom of completeness from Dedekind Cuts. What is clear however is that there is no logical entailment between concrete fields and philosophical fields.

Now it maybe argued that certain mathematicians and scientists maybe subjectively or psychologically motivated to investigate certain claims within their fields, but this once more simply collapses into “subjective presupposition”, the psychological capacity of certain people to accept or hold certain claims in conjunction with others. Such capacities of course varies from individual to individual, it is, in every sense of the word, subjective.

In fact it can very well plausibly be argued that the logical entailment goes the other way round. It is not the case that one cannot logically accept a concrete claim while denying a philosophical claim, it seems that in fact one cannot accept a philosophical claim in conjunction with a concrete claim. Propositions from the field of law, history, physics and mathematics have often logically contradicted and forced a revision of philosophical ideas, not the other way around. For example David Hilbert program of showing that mathematics was nothing more than a game of symbol shuffling, not withstanding it’s philosophical merits, was decisively refuted by Godel’s Incompleteness Theorem, a proposition from mathematical logic.

If anything, to take an example from physics, Einstein’s most productive scientific period was in his early days when he focused on specifically scientific work and looking at the empirical significant of his discoveries. In his later years when he attempted to “geometricise” General Relativity due to philosophical motivations of the beauty of physics as reducible to pure mathematics, etc, etc, his work more or less came to a dead end as the mathematics did not justify his philosophical hopes. The great Newton himself had to fend off irrelevant philosophical and metaphysical questions as he formulated his “action at a distance” idea:

I have not as yet been able to discover the reason for these properties of gravity from phenomena, and I do not frame hypotheses. For whatever is not deduced from the phenomena must be called a hypothesis; and hypotheses, whether metaphysical or physical, or based on occult qualities, or mechanical, have no place in experimental philosophy. In this philosophy particular propositions are inferred from the phenomena, and afterwards rendered general by induction.

My argument must seem rather unsatisfactory to most philosophically inclined people. Surely we cannot just accept so many axioms or claims within these concrete fields as a brute fact. It has to be logically deductible from some master philosophical or metaphysical system. I quite frankly don’t see any reason whatsoever for this claim. Psychologically speaking some philosophically inclined people may find comfort in possessing a neat and easy to grasp philosophical/metaphysical system whereby they can logically secure the propositions of those other fields. This idea however perhaps simply tell us more about them than it does the logical structure of our beliefs.

I wish to consider a last but harder to grasp claim about how certain fields of study are enabled by or presupposes certain philosophical beliefs held by a culture. It can be argued that certain beliefs “presuppose” a certain culture which itself holds to certain philosophical/metaphysical beliefs in common. One can say that England was the home of the modern scientific method because of their propensity for empiricism and a critical focus upon the particulars independently of holistic deductive systems.

How are we to view cultural presuppositions? It is, strictly speaking, a species of the “subjective presupposition” but as applied to the beliefs of a certain class of key persons, e.g. academics, officials, clerics, etc. It attempts to draw a certain form of empirical correlation, not logical entailment, between their philosophical beliefs and their other academic pursuits or convictions. It speaks of beliefs which people would tend to hold in conjunction with other philosophical beliefs.

This is strictly an empirical and historical investigation which is highly fact sensitive, its claim is contingent upon the locality in question, e.g. The relation between academic institutions and academicians, the institutional, economic, religious and political structures which affects the academia and the extent of their reach and influence, the relation between the academia and the masses, etc, etc.

As such there maybe a case to be made for the idea that academics, operating under certain economic, cultural, political or empirical environments, can influence more concrete beliefs. However this is still very much a temporal and empirical claim, subject to all its qualifications and contingencies. We must not fail to distinguish between the accessibility of academics to institutions of influence from the arguments themselves. As Alastair Roberts argues concerning Trump:

Conclusion: The Task of Philosophy

The segment on cultural presupposition suggests that philosophising maybe a “natural” activity, we cannot help but attempt to reach beyond the established facts or logical arguments to form systems and philosophical beliefs, to make sense of the world and life. Those philosophical beliefs do causually influence and effect our other beliefs, even if there is strictly no real logical entailment between them.

It is a frequent phenomena that professionals from certain fields, whether it is from science, law or history, etc, would inevitably indulge in a little philosophising themselves, commenting on platonism to the nature of the spacetime continuum to politics to even God.

Philosophy still does contain a substantive field to work on, e.g. reflections on the human condition, civic philosophy, etc. However there is one vital task which does pertain to philosophers qua philosophers, and that is guarding the boundaries between philosophy and other fields. The philosophy must be sensitive to claims by experts from other fields which attempt to exceed what can rightly be established by their own fields. Because of the propensity for people to philosophise and aggrandise their own fields, they would be tempted to draw more conclusions than is entailed by their own fields, and it is here where the philosopher must stand vigilant and patrol the boundaries strictly and prevent them from overstepping their jurisdiction.

Of course it is going to be very difficult for philosophers to do the necessary work of policing boundaries when they themselves are constantly trespassing them by attempting to shove their “presuppositions” into spheres which logically has nothing to with it. Before we can tell other people about the limits of their fields we have to respect those limits ourselves and not intrude into their work with our irrelevant “presuppositions” just so that we can justify our activity.

In social epistemology it is said that in every developed commonwealth there is an “epistemic division of labour”. It is not the job of everyone to know everything. Epistemic labour is divided among certain segments of people. The philosopher still have much work to do in matters of the human condition and civic philosophy, however their chief work remains to recognise the limits of knowledge and to clarify arguments for the benefit of the commonwealth.