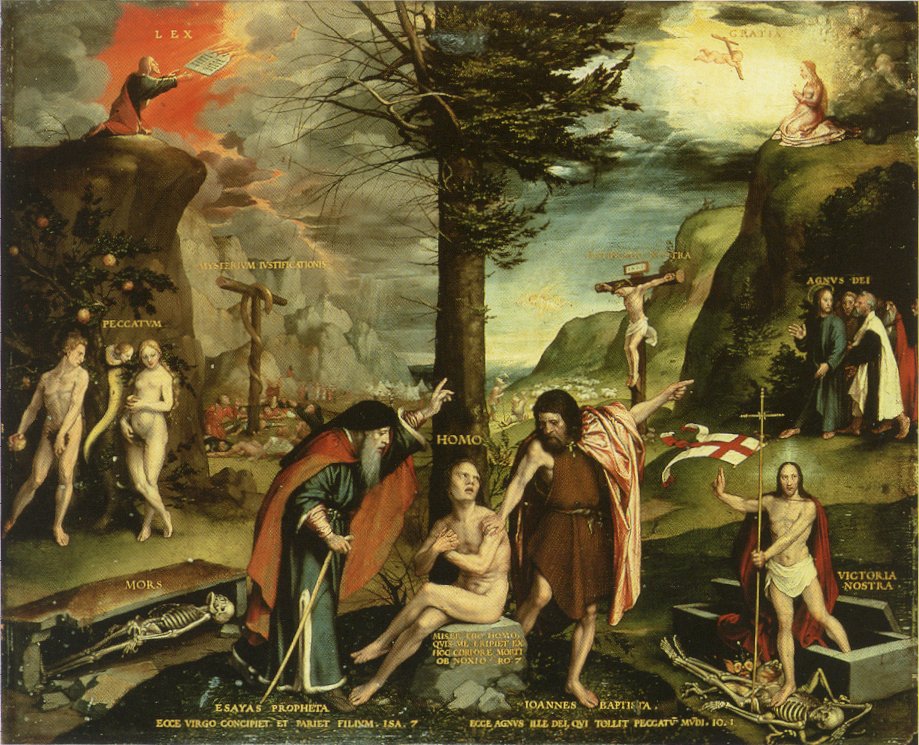 Contra to these narratives, nominalism neither leads to subjectivism nor nihilism but has an entirely robust metaphysics behind it, along with an ability to provide an excellent ground for many an objective inferences and facts. Before I go on to defend nominalism as a suitable framework for the Bible I will need to define it first.

What is Resemblance Nominalism?

There are many different varieties of nominalism where some of them could potentially have the deleterious effects argued by its detractors. The version of nominalism I will be defending here is resemblance nominalism which I will argue provides a sufficiently rich ontology to ground an objective metaphysics with none of the detrimental effects of more “linguistic” versions of nominalism, e.g. where a set of particulars are arbitrary lumped together under a conventional linguistic label.

So what is resemblance nominalism? Resemblance nominalism, as developed by Rodriguez-Pereyra, is grounded upon two “primitive” ontological/metaphysical realities, namely, there are particulars, these particulars do objectively resemble each other. The word “primitive” denotes the idea that it is an irreducibly basic fact about reality which cannot be reduced or explained further. Thus, it is an objective fact this red house resembles that red car and this resemblance is a basic primitive fact about the universe which cannot be further explained or reduced, e.g. whether by an appeal to them sharing a common universal or property of “redness”.

(Rodriguez-Pereyra addresses and attempts to solve various technical problems, in set theoretic language, which arises out of trying to form coherent networks of resemblances sufficient to determine a property in his book Resemblance Nominalism: A Solution to the Problem of Universals. Although not necessary for our present discussion, those interested in the more technical aspect of his philosophy should check out his book.)

The Bible and the Metaphysics of Likeness

Now that resemblance nominalism has been explained, what makes it the best metaphysical framework for the Bible? We note first that the Bible itself explains many fundamental categories in terms of the relation of “likeness” or “resemblances”.

Man himself is said to be made in the “image” and “likeness” of God (Genesis 1:26), us imaging or resembling God has become in Christian theology the very definition of what it means to be human. If there is a human nature or property of being human, that property seems to be grounded on the ontological priority of imaging or resembling.

The Son of God’s very relation to fleshly or spiritual realities is described in the language of likeness rather than nature. When the New Testament describes how Christ participated in the human condition to the fullest extent, it speaks of him “made like his brothers in every respect” (Hebrews 2:17), sent “in the likeness of sinful flesh” (Romans 8:3), “born in the likeness of men” (Philippians 2:7), etc. When it describes his relation to God he is the “image of the invisible God” (Colossians 1:15) and the “express image of [God’s] person” (Hebrews 1:3).

Our sanctification is also described in such terms too. We are predestinated “to be conformed to the image of his Son” (Romans 8:29), we are exhorted “ to put on the new self, created after the likeness of God in true righteousness and holiness” (Ephesians 4:24), to “put on the new man, which is renewed in knowledge after the image of him that created him” (Colossians 3:10).

When we couple all these with the various condemnations of worshipping or giving respect to false images, we see that there is good reason to believe that the Bible considers imaging or resemblances to constitute a core ontological reality and the direct focus of divine attention and censure. Now it maybe the case that such talk of resemblances can be reduced to talk of natures or properties or universals. However I do not see why such a philosophical postulation needs to be made when we consider how Scriptural revelation is related to us.

The Scriptures as a Store of Resembling Cases

The Bible mostly consists of witnesses and records of particular events and occurrences within salvation history. There is very little in the way of an argument from first principles or deductions from grasping the universal forms of the sort we can see in Plato or Socrates. Even the Wisdom books are not rigorously or tightly defined universal principles to be deduced down to particular cases but are rough empirical generalisations from experience to be applied judiciously to other particular situations. The New Testament letters, where most of the arguments and exposition on principles take place, frequently serve as commentaries on particular situations or Old Testament cases. The bulk of the Bible however, from the Old Testament to the Gospels to the Book of Acts, consists of records of particular events and cases.

As quoted at the start, the events in the Old Testament, or the Bible in general, serve as examples for our instruction. Thus the Bible instructs us through its accumulated records and narratives of past cases which resembles our present situations. These particular past cases serves as examples or paradigm cases for us to form a judgement on present circumstances, actions and issues. The normative force of the Bible works very much like the common law stare decisis reasoning, finding normative or binding precedent from past cases which sufficiently resembles present cases. Thus the Scriptures acquires its normative force when we recognise the material resemblance between those particular past cases and our present situation along with the ratio decidendi, or the reasoning behind for the judgement in that particular past case, which is to be applied to the present case, if there exists a sufficient amount of resemblances in the material facts.

Thus the very way the Scriptures works and instructs us presupposes heavily the metaphysical framework of resemblances and the ontological priority of the resembling relation. To be sure the Scriptures records God issuing general commandments but these commandments are not applied deductively to particular situations but which meaning and scope is determined through the wealth of materials and particular past cases recorded in the Scriptures. Of course even within the Bible itself we recognise that some figures do “overrule” other figures, e.g. Christ’s interpretation and employment of those cases over Mosaic cases. However the fundamental point still remains that particular past cases remains the primary source of divine instruction and guidance in the Bible.

Conclusion: The Purpose of the Bible

We tend to forget that the Bible was written for a specific purpose, that purpose is “for teaching, for reproof, for correction, and for training in righteousness, that the man of God[b] may be competent, equipped for every good work.” (2 Timothy 3:16-17) The Scriptures exists to instruct us on good works, not indulge in metaphysical speculations or deductions (or worse, scientific expositions).

I believe that the framework of resemblance nominalism best tracks unto the structure of the Bible’s categories and provides the best framework for facilitating the realisation of its purpose for us: providing instructions for good works based on resembling past cases.