Jihadist Ideology as a Zombie Virus 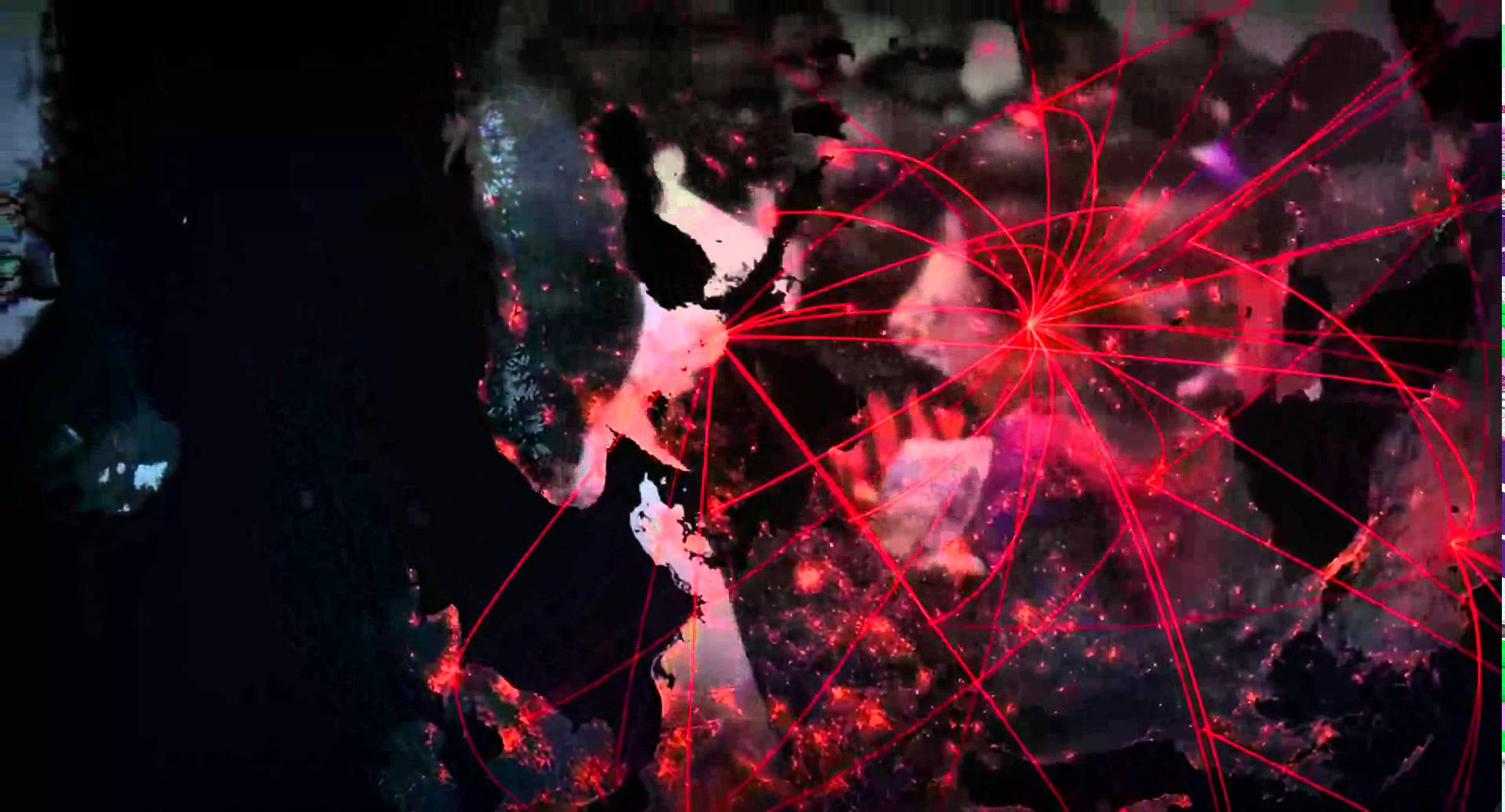 But each person is tempted when he is lured and enticed by his own desire. Then desire when it has conceived gives birth to sin, and sin when it is fully grown brings forth death.

How the Zombie/Viral Apocalypse Illustrates the Reactionary Point of View

I have explained before in some detail how the zombie apocalypse genre illustrates the reactionary point of view in clear and compelling ways. I do not want to rehearse those arguments and I will content myself in this post to illustrating the point with reference to the recent Ebola outbreak before applying the idea to analyzing Jihadist ideologies.

The thing about viral outbreaks, whether it is Ebola/Bird Flu or some zombie virus, is that it is not easy to identify who is infected and who is not infected. How does one tell the difference between a common cold and SARS? Extensive testing and experimentation is required. However the problem is that the survival of entire societies are perilously dependent upon the state’s ability to quarantine and separate the infected from the rest of the populace in time. If a single infected escapes their detection/quarantine net he or she could spread the virus around and the situation may prove impossible to contain.

When the task of distinguishing between the infected and the non-infected is cumbersome, and when the protection of the commonwealth is highly contingent upon the need to prevent them from ever reaching society and infecting everyone, governments will and do take extreme measures to protect themselves. We are reminded here of African nations who had given their border guards “shoot on sight” orders during the Ebola outbreak against anyone who even attempts to cross the border, whether or not they are “truly” infected is irrelevant, the lives of the many and the very survival of the commonwealth itself cannot tolerate even a minuscule risk of an infection spreading to them.

If we think about the Jihadist ideology very much like an ideological virus which can infect the minds of man, or even a certain group of man, then one can very easily map the language of “quarantine” and “preventing exposure to their infection” to the language used against Muslims like “controlling their entry into the nation”, “deportation”, etc. I will be spending the rest of this post precisely dedicated to developing this idea.

Jihadist Ideology as a Zombie Virus

It is often tempting to manage the problem of Jihadist ideology by “localising” it towards easily identifiable or controllable groups, e.g. the ISIS, the Wahhabi sect, etc. However the thing is that the Jihadist ideology, like any virus, isn’t dependent upon the existence or survival of “Patient Zero” or the original host. The Wahhabi and ISIS may have been the “original hosts’ to the Jihadist virus, but the virus can spread and mutate and adapt to different hosts and circumstances. It was amusingly reported that many of the people who left to join the ISIS bought “Islam for Dummies” books, implying that it was ironic that they were going to give their lives for a cause they did not understand. But this is to fundamentally misunderstand the way an ideology functions. Most religious believers do not possess a detailed understanding of their own religion, it is not necessary for one to grasp the specific fine points of Wahhabi theology in order to become a jihadist. The jihadist “virus” is highly adaptable and can “infect” anyone who meets a broad range of conditions, not necessarily needing one to possess a firm command of Wahhabi theology.

Let us now develop our analogy further. A person who believes in Jihadist or the Islamic theocracy vision is considered “infected”. However one can be infected and yet still not exhibit any signs of an infection. Viruses do after all have incubation periods whereby it lies dormant in the host before manifesting any symptoms. A person who is “infected”, that is, who believes or assent to Jihadist ideologies, and who decides to act upon it violently, is someone who has “turned” or have become “zombified”. Thus the “virus”, or the Jihadist ideology, has now turned the host into a “zombie” or a violent jihadist who can now spread death and harm around him, just as real infected patients can spread their illness and eventually death around them.

In the Left 4 Dead game series, the zombie virus, also known as the “Green Flu”, behaves in interesting ways towards those who are “immune” to it. In the game you will play as one of the four “survivors” who seemingly cannot be infected by the virus nor be turned into zombies no matter how many times they are attacked by them. It was subsequently discovered that the “survivors”, or those who are immune to the virus, are in actual fact still carriers of the virus. They are still infected, what has merely happened is that the virus merely “resides” in them without affecting them or turning them into zombies. Thus in effect, if the infected immune comes into contact with other people, they could actually spread the virus to them and, if they do not possess immunity, turn them into zombies. The technical biological term for them is asymptomatic carriers, those who can pass on the virus but are not themselves affected by it.

It is interesting to note that in the game the survivors will come across a pile of healthy dead bodies outside a medical van in a evacuated area. The survivors infer that the military are now killing off even the healthy asymptomatic carriers during the evacuation to prevent them from infecting others.

How does “asymptomatic carriers” map unto the real world? Remember our distinction between being “infected” by the Jihadist ideology and being turned into a “zombie” or violent Jihadist. Thus we can think of those preachers or propagators of jihadist ideology or Islamic theocratic visions as essentially “asymptomatic carriers”. They themselves will not turn into “zombies” or become violent, thus they would never be guilty of any violent crime nor be guilty of plotting the same. But like the asymptomatic carriers of the Green Flu virus in L4D, they can still spread the virus and infect other people with their preaching and teachings, and maybe one of them will turn into a “zombie” or become a Jihadist.

There are obviously points of disanalogy between the Jihadist virus and an actual virus. For one thing Jihadist ideologies do not spread as rapidly and for another thing very few will eventually exhibit the “zombie” symptoms (turn Jihadists). For actual viruses on the other hand, the infection can spread very quickly and people who are infected will exhibit symptoms and eventually die in a short period of time.

However there is one point of analogy which the Jihadist shares with actual or fictional viruses which makes the comparison between the two relevant. An “infection” has the potential to cause a lot of deaths. For real/fictional viruses being infected normally almost certainly means certain death or zombification. For the Jihadist virus, infection and turning into a Jihadist will certainly lead to death and destruction in terrorist acts.

If we are to continue our analogy, how can we contain or quarantine the Jihadist virus? Suppose our zombie virus has one more interesting trait: Only blondes can be infected and turned into zombies. No one else can be infected, but they can still be harmed by the zombies by being cannibalised and bitten to death by them. To be sure not all who have blonde hair are infected, but all who are infected have blonde hair. In which case if there was an outbreak in the city it would be the simplest matter to track down and quarantine all the blonde haired individuals to prevent a total outbreak amongst all blonde haired individuals and to prevent them from killing anyone once they turn. Nations with a small proportion of blonde haired people can simply quarantine them, and they can prevent anyone from predominantly blonde haired nations from crossing the border.

If this analogy holds then one easy solution would simply be to prevent Muslims from crossing or entering the nation, on par to preventing blonde hair individuals from entering the country. The other solution would be to monitor very carefully the movements and actions of blonde haired individuals to ensure that they do not come into contact with any other infected blonde individual and get infected themselves. Likewise one monitors mosques and other Muslims suspected of Jihadist contacts to ensure that they do not “turn” into a Jihadist themselves and cause enormous harm.

Conclusion: Can the Jihadist Virus still be Quarantined?

Let us return back to our initial problem, the problem of identifying who are “infected”. People localised the problem to a certain sect or the ISIS because it makes the problem manageable, controllable. Take down the ISIS or track those particular groups and you’ve solved the problem. The thing is that the Jihadist ideology is now more like a virus than a set of directives issued from a particular organisation or sect. Any Muslim anywhere can become infected without the knowledge of, or even direct contact with, “Patient Zero”. Recently we have seen Muslims from a very wide variety of backgrounds, rich and poor, well educated and poorly educated, well-adjusted and integrated and ostracised, become jihadists and commit violent acts in the name of jihadist ideologies.

No government is about to do anything as drastic as “quarantining” all Muslims like my imaginary scenario of quarantining all blondes. However now that the virus had developed to such a stage that it can reach and infect any Muslim anywhere, one might wonder whether the window of opportunity for a much more surgical strike and precise identification maybe gone.

There might come a time when governments may need to consider the unthinkable, especially if the situation does not improve anytime soon.

One thought on “Jihadist Ideology as a Zombie Virus”