American Civics as Confucian and British Civics as Legalist; Why Americans are Moral Exhibitionists 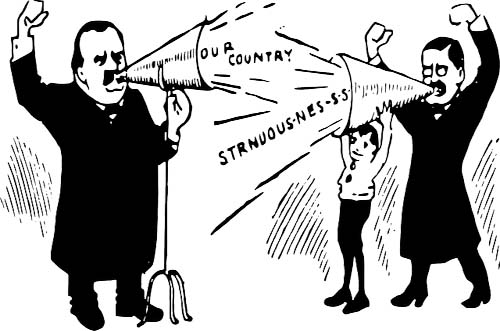 I think having grasped the proper distinction between a republic and a democracy, and realising that the American civil polity as republican rather than democratic really explains a lot, like for example, why Americans feel compelled to engage in moral posturing and have an obsession with righteous appearances and a need to assure others of their superior moral character as well as attack the character of others.

However if the primary object of political activity for the masses is scrutinising the moral character and wisdom of electoral candidates, is it any wonder that moral posturing and character attacks become the norm in American public discourse? While Queen Elizabeth I could declare her disinterest in making windows into man’s souls, the very heart of American civic life consists of precisely trying to weigh the hearts of man.

I realise that there exists a strong parallel between the American-British distinction and the Confucian-Legalist distinction. In the American Republic the belief is that somehow the entire commonwealth is coordinated and harmonised as long as there exists fine chaps at the helm of government. Thus the idea is that the people just need to evaluate the hearts of the political candidates to ensure that their souls are solid gold and then put them in power. Once have sound man at the top, somehow the nation would be all right. This is in effect, a rule by republican elites. This parallels Confucianism where the idea is that all we need is virtuous and fine emperors at the top and somehow all of China will be harmonised. Interestingly, as I have noted many times, Confucian societies share with the American an obsession with righteous appearances and moral exhibitionism.

Under the Chinese Legalist scheme, the personal character and virtue of rulers is considered irrelevant. The argument is that in a large and complex commonwealth, virtue affords no special insight or ability to manage and handle a society which has become technically complex. Thus in place of virtue and moral character, the Legalist argues that the commonwealth must necessarily be managed by laws, conventions, rules, and bureaucratic techniques. In Legalist thought the Sovereign themselves ideally does nothing, is devoid of individual will or personality (or if not devoid, at least well hidden), there only to mechanically and impartially enforce the rules, along with a swarm of civil servants. This corresponds to British political life which is governed by rigid unwritten conventions and rules. The Queen herself is the consummate Legalist ruler, herself devoid of all political stances and position, there only to mechanically and dutifully enforce the laws and customs of the United Kingdom.

This insight has merely reinforce my conviction of the errors of Confucianism.