How would the Great Wall of Trump Reduce Illegal Immigration? 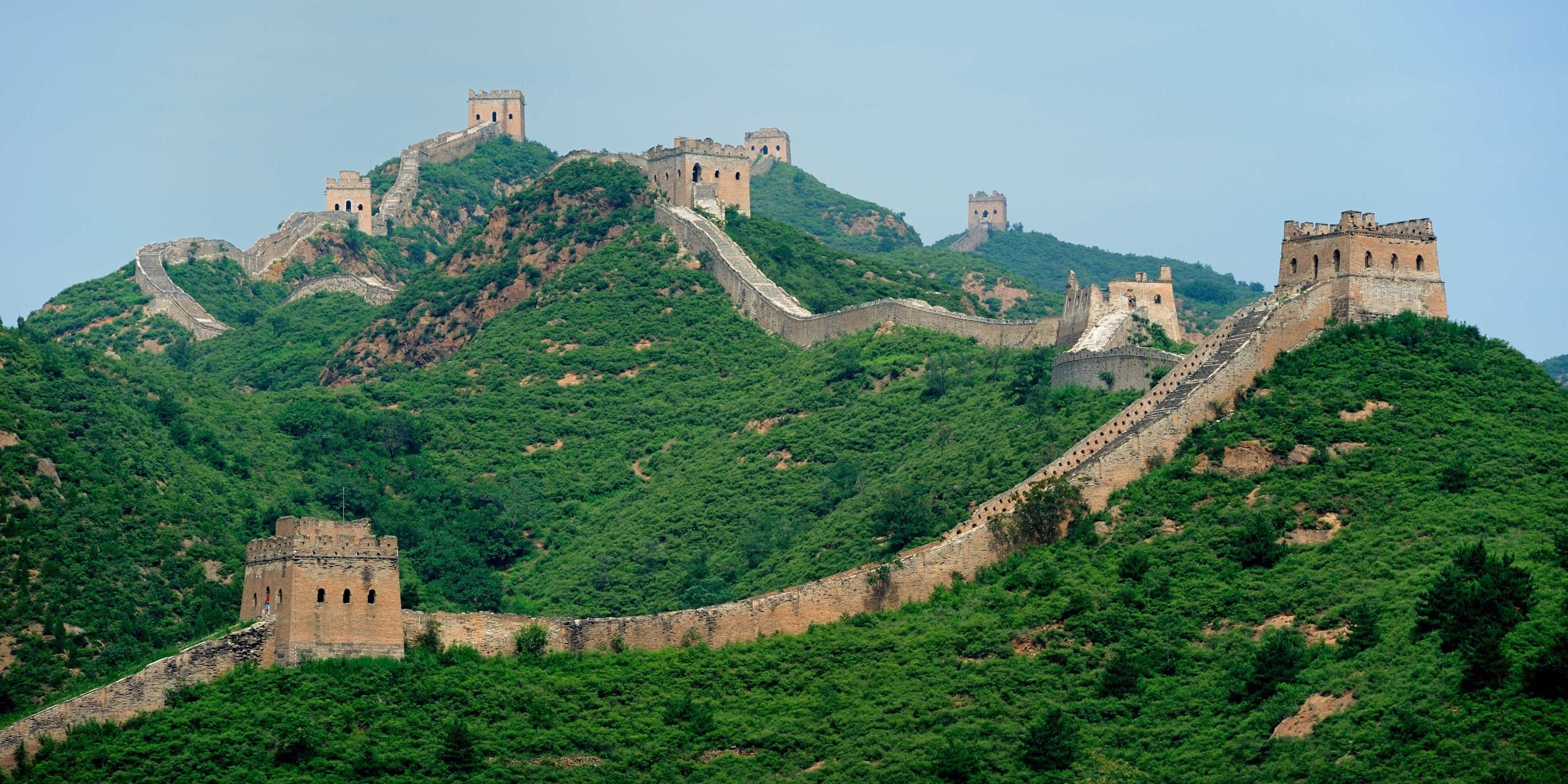 A rich man’s wealth is his strong city,
and like a high wall in his imagination.

A border wall is unconservative, and it offends my Asian sensibilities. If there’s anything you won’t find in Asia, it’s a big wall.

While it is still an open question as to whether or not the Great Wall of Trump will even happen in the first place, I will nevertheless discuss the question of how would the Wall actually work and how effective it would be.

It seems to me that most of the objections against the Great Wall of Trump fail to identify the wall’s actual objectives. Proposals of the wall is immediately met by a thousand and one different loopholes as to how one might, literally, get around the wall. They could build a tunnel, scale it, or they can just take a plane, etc, etc, etc.

However the last suggestion should already raise some questions. If they could all afford to fly over the wall why would any of them need to cross the border on foot? Surely it would be far more comfortable to simply take a plane than cross thousands of miles of treacherous deserts to reach the border.

Therefore the pertinent question which needs to be asked is: who are the people targeted by the wall? And it is very clear that the Great Trump Wall is aimed at reducing the immigration of low education and low resource immigrants. As Trump himself, and most Republicans one might add, have already said, they do not mind skilled and well-resourced immigrants willing to assimilate; what they do not want are immigrants who have nothing to contribute to the country and are in fact a burden upon it. As such, the objective of the wall is aimed at this particular subgroup of immigrants.

Given these premises, I will go on to identify two ways in which the wall can reduce illegal immigration: (1) Psychological and (2) Economical.

The Great Trump Wall as Imagined

We simply cannot underestimate the effect which the Great Trump Wall will have for deterring potential immigrants. Already upon Trump’s election some Mexicans have already given up on the “American Dream”, believing that Trump will simply deport them en masse if they attempted to enter. The psychological effect of a Great Trump Wall upon illegal immigrants cannot be underestimated. It would simply deter them from even planning to enter the country illegally.

Yes, no doubt there exists many creative and clever ways to get around such a wall, but we cannot forget that we’re basically dealing with low education and simple poor people. They aren’t going to have these bright ideas as to how to get around the wall. The image of a big big wall will seize their imaginations and cause them to give up mentally without forming a single plot in their minds. (See Scott Adams’s argument here about how the image of the Wall has such a great influence upon those American republicans seeking to reduce immigration, independently of its ability to achieve its objectives.)

However what if we have persons sufficiently determined to scale the wall, so to speak, despite this big wall? We now come to the next point: the economic cost and risks of scaling the wall.

Increasing the Risk and Cost of Border Crossing

Now supposed we have someone who is sufficiently determined to cross the border, would the wall still be able to stop him? The answer is yes, some of them will still be deterred, if not a significant number of them.

Let’s look at one possible “loophole” through the wall. Let’s say some Mexicans attempt to tunnel their way under the wall. A tunneling project is not a simple undertaking. One will need expertise of the underground terrain of the land to determine which parts can be tunnelled and which parts can’t. Thus the tunnel will have to be built by experts, which would significantly raise the cost of immigration. The people who will build this tunnel won’t be doing it out of the goodness of their hearts. Apart from the construction cost, this tunnel will have to be maintained and kept hidden from the authorities. Illegal immigrants seeking the use of such tunnels will need to pay an astronomical cost, a cost sufficiently prohibitive to deter most but the most well resourced. Furthermore, it is a lot cheaper and cost effective for the Americans to find and collapse such tunnels than for the Mexicans to keep building them.

I suppose some Mexicans can attempt to scale the wall, but whatever technological motion or vibration sensors the Americans can install to detect any contact upon their wall, the point is that this will considerably increase the risk of such a venture as to deter some of them.

Overall the economic point is that the wall will raise the economic cost and risk of attempting to cross the border. And if the costs and risks are great enough, it should deter enough of them to justify the cost. Don’t forget that the target group of the wall are mostly low education and low resource people. Jacking up the cost of crossing the border should accomplish the desired objective of preventing most of them from immigrating.

Conclusion: Is the Wall Worth it?

Naturally these are mostly qualitative arguments, not quantitative ones. In order to see whether or not the cost of the wall is justified, one will have to calculate how much illegal immigrants costs the US and state governments overall, not only in terms of crime but also in terms of welfare, etc. I am however somewhat certain that the deterrent effects of the wall will outweigh the present cost of illegal immigration.