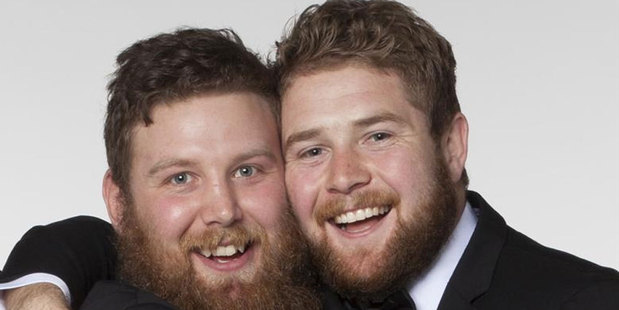 Most defence of the heterosexual nature of marriage normally centers around some sort of “ideal” standard which marriage ought to conform to and what that ideal is. Some might even focus on the consequences of homosexual marriage, etc. The issue however, I would argue, has to do with the intrinsic functions and roles institution of marriage in society. With the legal recognition of homosexual marriage however, it is clearly impossible for “marriage” to play that role. In losing its essential function, it reduces to a mere registered friendship with the state.

The Function of Marital Laws

The problem about the gay marriage debate is the failure to distinguish between questions of the social phenomenon and human practices associated with marriage as a pre-political civic institution, and the function and purpose of state/legal recognition of this pre-political civic institution. The failure to distinguish the two question have often lead to confusing and endless debate over “what is marriage” and all that.

However if we set aside the question of marriage as a pre-political social/empirical phenomenon and focus upon the question of the function and purpose of state recognition of the marriage institution, the self-contradiction of gay marriages becomes evident at once.

One of the primary functions of a marital contract is the creation of sexual obligations and the regulation of sexual behaviour, i.e. no adultery, etc, as well as obligations to remain together through the use of state coercion or incentives, e.g. disincentives in the form of unfavourable divorce settlements for faulting parties, etc. However we must note that with the advent or no-fault divorces, the marital obligations has effectively become an illusory promise, a legal term referring to a contract which does not as a matter of fact contain any real promises or obligations. As this blog puts it most expertly:

Every state currently allows some form of “no fault” divorce – divorce not based on any wrongdoing of a party, but simply because the parties claim they don’t want to be married anymore. Even though the couple may “vow” to remain together until one of them dies, everyone knows these vows have no legal or real-world effect. The marital “contract” is not a contract at all.

Imagine a regular legal contract in which either party could end the agreement by saying he didn’t like it anymore. Could the purposes of contract law be served by such a contract? From a law and economics point of view, such an “if-I-feel-like-it” contract would not support the reliability of contracts, and would require an inefficient level of hedging. The legal term for such a contract is an illusory contract – one that doesn’t have any legal effect, of which the legal system will take no notice.

Marriage once did have a legal effect – once married, parties could not divorce without a really good reason (physical cruelty, desertion, or adultery). Not coincidentally, marriages were much more likely to be reliable lifetime partnerships. In addition to the legal strictures surrounding marriage, social groups essentially forced couples to stay together or risk social death.

With the nationwide adoption of no-fault divorce and the elimination of the social stigma of divorce, the nature of marriage changed from a genuine contract to an illusory contract. Marriage stopped being the reliable, socially enforced lifetime partnership it had been for generations.

The fact of the matter therefore is that marriage laws has not been able to perform its function for a very long time and may in effect have ceased to exist in essence.

Why Homosexual Coupling can never Benefit from Marital Laws

You might then say all right, so in the Western world at large marriages has ceased to perform its function as reliable legally enforced lifetime partnerships. But supposing we restore the regular enforcement of marital contracts, why can’t homosexual couples not benefit from these marital contracts?

The reason is very simple. There is simply no definition of adultery or consummation for gay marriages as Britain discovered to its chagrin when it had same-sex marriages:

…Civil servants, confronted with the embarrassing task of working out what defined the consummation of a homosexual relationship, faltered. Since homosexual acts have no existential purpose and no procreative result, consummation is a meaningless concept. From this it followed that the Government could come up with no definition of adultery in a homosexual marriage. A law designed to be equal, is not. Under the Bill, non-consummation will not be grounds for divorce in same-sex marriage. Nor will adultery.

By accident, then, the Government is introducing, for the first time, a definition of marriage which has no sexual element. Yet it refuses to face the logical consequence of this surprising innovation.

-The Telegraph: David Cameron would like to forget gay marriage but it would haunt him

Of course if gay marriages have no definition of adultery or consummation then it cannot, in any sense of the word, perform its function in regulating sexual behaviour or enforce sexual obligations. What we have essentially is a government registered friendship between two people. (I articulated a much more detailed argument in this post.)

Given the fact that the sexual component has disappeared completely from all marriages which accepts same-sex marriages, then, despite the misleading name, what we have is not gay “marriage” but simply a registered friendship with the government. A very odd legal institution at that but which by itself is completely devoid of all sexual element.

So what we get is people who want to register their friendships, for whatever material or economic purpose, such as this New Zealand heterosexual best mates who had their friendship registered, or entered into a “marriage”, to win a trip to a rugby world cup. If two friends of the same sex, heterosexual or homosexual wants to get some housing benefits or whatever, then “marriage” becomes a facility for them to get that economic benefit. In short what we have is literally “friends with benefits”.

Given that the law has ceased to provide any material or coercive enforcement of marital obligations, the question therefore facing those of us who still believe in marital obligations is how to bring back this function. I have outlined a few suggestions here where a pre-nup could bring back “fault” considerations in the event of a divorce where the faulting party would get nothing, etc.

What has simply happened is that marital laws has ceased to perform any actual functions for marriages but has merely become registered friendships with the government. Marriage has in essence ceased to exist for everyone.