One of the curious thing about Japan is that while it presents a unique homogenous cultural front, the fact is that many of its more mundane elements are adapted from the West. Japanese technology doesn’t need to be stated, but many of its “brand” products, from ramen to salmon to curry, ketchup spaghetti, etc, are taken from elsewhere. To be sure they have adapted those things to their own taste and make it their own, but they are still products of the West. 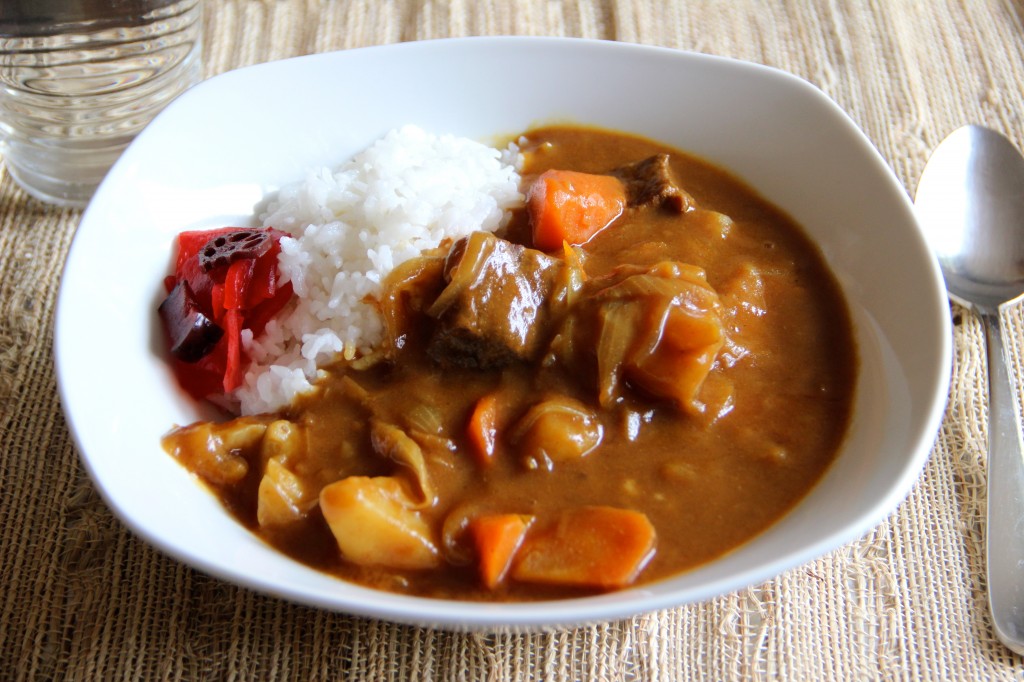 How does Japan manage to paradoxically hold on their own distinct culture and assimilate foreign elements into their own?

I would argue that they were capable of it because they had a very strong politico-religious centre. Those on the right are so used to hearing how governments cannot solve all problems and that culture is much more important that the claim seems highly suspect at first. However I think there are some merits for it.

One has to note that this isn’t particular to the Japanese. While in the UK tea drinking, for example, is virtually synonymous with English culture, it was a practice which was in fact imported from Spain by a princess. Naturally once the royal court adopted a practice the fad spread to everyone and eventually it flowed downwards to everyone else.

My argument would be that as long as there is a strong centralised political force, the King in Parliament, as the focus of unity for the people, then the national consciousness, as it were, can enjoy a very high degree of assimilation and adaptation of the practices of other cultures. The people as it were is defined by a political centre and not by trivial little cultural idiosyncrasies and practices.

I would argue further that the idea of some sort of “organic unity” of a culture, where a culture is held together rigidly by a definite set of practices and habit which exhaustively defines what it means to be a people, is a Victorian romantic reaction, which is normally an ironic sure sign that the culture itself is in critical danger of being completely overthrown. What I mean is this: if the culture is so exhaustively defined by every little trivial practices, then it is highly fragile, knocking one will lead to total collapse of the whole thing. A culture which is a matter of “all or nothing” is extremely volatile and will likely become completely obliterated when parts of it goes critical and cannot be sustained. The attempt to define “Englishness” in terms of tea drinking is a sure sign that the culture is in an advanced stage of collapse and people are grasping at straws.

To make this point concrete, we can compare Japan with China’s reaction to Westernisation. With the Meiji Restoration the older feudal order was swept away and a new strong centralised imperial government and political centre is created. The Japanese can remain Japanese by allegiance to the Emperor, while they rapidly and freely assimilated and adopted Western cultural practices without much anxiety with regards the “loss” of their “identity”. While China may not be an accurate test case since it went through the Cultural Revolution, however the tragedy of China was the utter rigidity in which the Chinese attempted to define themselves against the West. The all or nothing approach, the political weakness of the empire, its eventual collapse and the loss of a strong political centre, meant that there was no strong basis whereby the Chinese can remain who they are while adapting Western elements. The Chinese today have mostly lost their culture and have completely Westernised. The culture had no political basis or centre whereby they could adapt the foreign elements necessary to adapt to the modern world.

Culture is a difficult thing to define, it doesn’t mean it doesn’t exist. But to make culture a central part of any modern society is to create a highly volatile and unstable situation. If culture becomes the centre, then every little trivial practice becomes “English” or “Japanese” or “American”. And when change is needed to adapt to new condition the entire system collapses by simply tapping at one weak brick. There is such a thing as culture, but cultures also need to be anti-fragile, stable, adaptable to new and changing conditions. And people are only comfortable with such changes when they are grounded in a strong political centre.

The Meiji Restoration is an exemplar of the truth of how a firm enduring political foundation was required in order to preserve a unique people and culture. A unique culture is not the basis of the body politic, it does not endure by defining exhaustively and rigidly all areas of life, the Victorian romantic “organic unity”; a unique culture is maintained by being assured its existence on an enduring political basis that it might be free to assimilate and adapt foreign elements without ceasing to exist. While in real, concrete, and empirical terms the Meiji Restoration was a complete revolution of the Japanese way of life, assimilating Western habits, thought and ways rapidly, in ideological and narrative terms it appealed to ancient roots and foundations which stretched back to time immemorial, upon which the body politic was grounded and centrally located.

Leftism or liberalism today is synonymous with progression. The core rhetorical force behind their argument is basically this narrative of an inevitable end of history. We see it continually asserted under the guise of “scientific” projections, predictions, the inevitable arc of history, the irresistible march towards that glorious goal. Their enemies will be defeated as history moves the heavens and the earth against their march.

The counter narrative to this is endurance. The appeal has to be to the “permanent things” which will last. However the problem with the right, in the West at least, is that there is often a conflation of endurance with immutability. The idea is that things endure only if it does not change but stay the same. However this is a grave mistake which leads to the cultural fragility and instability I discussed earlier, where if one element falls the entire thing collapses. Anti-fragility, and endurance, requires the ability to adapt and change. It needs to both maintain continuity and be able to change. However because of the conflation of endurance with immutability, most of the right sees every change and alteration as evidence of a collapse and decay. Believing in decline narratives, they are robbed of their strong rhetorical counter-narrative of endurance. Thus they become convinced that nothing will last long or endure. Or worse, they believe that some sort of superficial return to kitschy trivial habits, or reading old books or fantasising about hobbit holes, is a sign of endurance or restoration when all it does is to reveal the superficiality of their narratives and render it highly vulnerable to little superficial changes. If one believes that they are truly permanent things embedded into the structures of reality, then one has to believe that they will return even if there is a temporal loss. If such “permanent things” are merely maintained by human actions or art, then they cannot be said to be truly permanent things as part of the structures of reality, they are mere human artefacts or inventions which will pass at our will.

As such, there is a need to restore a proper sense of endurance. The things that the Old Right loves and cherish will endure, not least because they are rooted on a permanent, maybe even eternal and transcendental, basis, but also because they are highly adaptable and changeable. But in order to identify what is permanent and what is adaptable, there needs to be engagement with the particular concrete realities in the present. No myths or fantasies about past golden ages where everything was perfectly dandy. No attempting to exhaustively replicate the past. Things endure in, with, and through time, not by escaping it. Only then can do we have a rhetorical counterbalance to the narratives of progression.

Otherwise one will arrive at an ironic situation where the reactionary accepts the essential premises of the progressive that history does move in a certain unstoppable direction, and differs only in how one should subjectively respond to it.